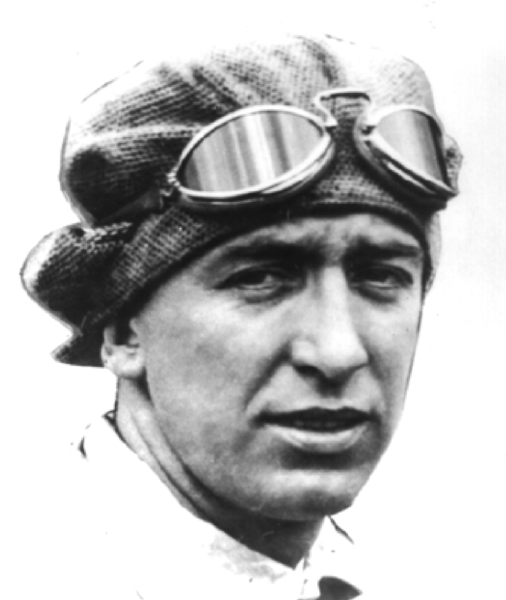 In a racing career that lasted only nine years, Jimmy Murphy rose from the ranks to become the greatest racer of his or any time.

His career began in 1915, the year he broke in as a mechanic for "Wild Bill" Weightman of Philadelphia who had been backing Eddie Rickenbacker on the racing circuit. Infatuated with racing, Bill Weightman often drove himself, as he did in the Vanderbilt Cup race at the Panama-Pacific Exposition in which Jimmy Murphy sat in the riding mechanic's seat.

Later, Fred S. Duesenberg took a liking to Murphy, and hired him as a mechanic. Soon Tommy Milton took him on as a riding mechanic. However, it was not until 1919, that Jimmy got his first chance to drive. It came during Duesenberg's attack on the existing world speed records at Sheapshead Bay, New York. At the last minute, Duesenberg discovered that Eddie O'Donnell who was scheduled to drive, had injured his arm. In the emergency, Murphy took over at the wheel of the 183 cubic inch Duesenberg, and established new world's records in that class for each distance from one to 300 miles.

Now established as a race driver, Murphy followed with notable victories during 1920, including the Beverly Hills and Fresno, California races. Now Murphy's reputation as a racing driver was established. It was only natural therefore that when Albert Champion decided to send the Duesenberg team to France to represent the United States in 1921 French Grand Prix, he asked Jimmy Murphy to be one of the drivers joining Joe Boyer, Albert Guyot and Andre Dubonnet. Murphy not only crossed the Atlantic, he became the first American ever to win a European racing event. Murphy crossed the finish line in 4 hours, 07 minutes and 11 seconds, fifteen minutes ahead of Ralph DePalma in a Ballot who finished second in the 321.78 mile event. His win was all the more astonishing since he had to overcome a pierced radiator core and tire that had gone flat eight miles from the finish line.

Returning from his foreign invasion, Murphy had a Miller 183 engine installed in his Grand Prix winning Duesenberg. He called it the "Murphy Special" and went on to win the Indianapolis '500' race at a record speed of 94.48 mph in 1922. That year he scored so well in all sanctioned events that he accumulated 3,420 points to easily win the AAA championship. While he did not prosper as well during 1923, his performance still was brilliant enough to earn him second in the championship standings. He was successful in both the Beverly Hills 250 and Fresno 150. During 1924, Murphy was doing so well that he had accumulated 1,595 championship points as a result of wins in the Altoona 250, the Kansas City 150, and again at Altoona on September 1, 1924.

Then, on September 15, 1924 on what was regarded to be the safest dirt track in the country, Jimmy Murphy met his death. It was the 150 mile AAA championship event at the State Fair Grounds at Syracuse, New York. With 138 of the 150 miles behind him, while traveling at 80 mph, Murphy attempted to overtake Phil Shafer. When he attempted to swing out of the first turn into the backstretch, his Miller Special failed to straighten out, clipped the inside rail, then skidded and hit the fence a second time, crashing through. Although the car did not overturn, wooden splinters from the rail struck Murphy in the chest and abdomen apparently causing his death. When the AAA championship points were tabulated at the end of the year, Murphy was awarded the championship posthumously. He had 1,595 points.

Few race drivers have realized such success in so short a time. In less than five years, in addition to winning the French Grand Prix and establishing world records at Sheapshead Bay, N.Y., Jimmy Murphy won 18 championship events. Race critics, when looking back over the years, have come to the conclusion that no other American race driver of that time had won greater racing honors. Based on his short career, he might even be considered the greatest race driver of all time.