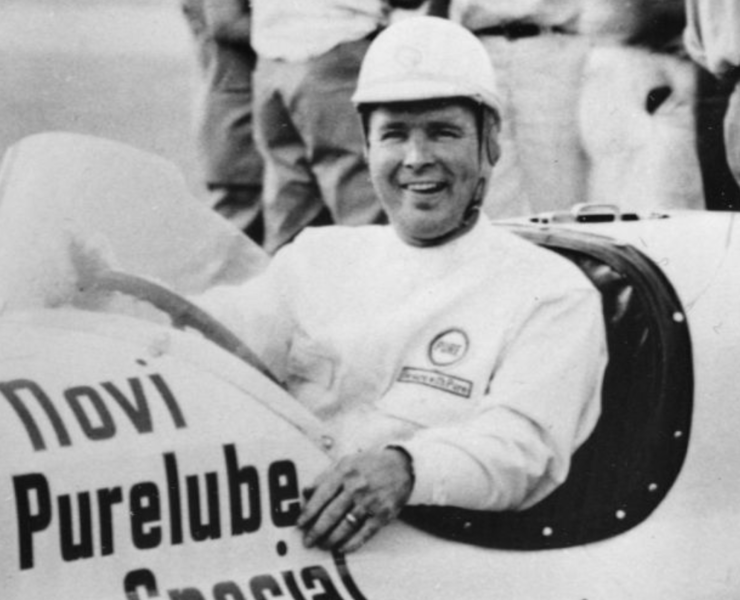 For many decades through the middle years of the 20th century most of the top Indy 500 drivers came from the ranks of midget and sprint car racers. Duke Nalon was a classic example of these drivers who built their careers on tiny dirt tracks across the United States.

Known as "The Iron Duke," Dennis Nalon was born and raised in Chicago and got involved in racing in the 1930s as a crewman for midget driver Wally Zale. A rough, tough character, Zale sold his midget to budding young racer 1997 Motorsports Hall of Fame of America inductee Tony Bettenhausen in 1937 while Nalon got his break when Zale convinced rival owner Walter Galven to give Nalon a chance.

Nalon went on to win the race and over the next few years Nalon and Bettenhausen began to emerge as regular winners in Midwest and East Coast midget races. Touring with the likes of Emil Andres, Paul Russo and Cowboy O'Rourke, they became known as "The Chicago Gang," winning hundreds of races between them.

In 1938 Nalon won the AAA's East Coast sprint car championship and also made his first of 10 starts in the Indianapolis 500, finishing 11th. He qualified and raced a supercharged Maserati Grand Prix car for the 500 in 1941 and '46. The following year he drove a pre-war Mercedes-Benz W154.

Nalon's most successful years at the Speedway came aboard one of the spectacular supercharged FWD Novis. He finished third in 1948 and was on pole the next year only to crash heavily in the race. Nalon leaped from his burning car, but suffered severe burns to his legs which troubled him until his death in 2001 at 87.

Duke returned to action in the second half of 1950 and was back at Indianapolis in 1951, again qualifying his Novi on the pole. He also made the 500 in 1952 and '53 aboard his beloved Novi, but failed to finish any of these races. Nalon made 10 Indy starts between 1938-53 but finished only three times, his best result third in 1948.

Merle Bettenhausen is the only surviving son of 1951 and '58 Indy car champion Tony Bettenhausen. Nalon was a friend of the family and Merle knew him well. "Duke and my dad were friends going back to the late ‘30s when they started racing midgets," Merle says. "He made people laugh. I don't think there was an ugly bone in his body.

"In about 1956 Duke and a friend of his stayed at our farm in Tinley Park and Duke and my dad used to run the midgets on the road outside our farm before going off to a race. In a time when smoking, drinking and cussing were common, Duke was a nonconformist. He didn't do any of those things.

"He was the kind of man that ladies liked because he was such a gentleman and he always dressed well and talked nice. He was as kind a man as you'll ever meet."