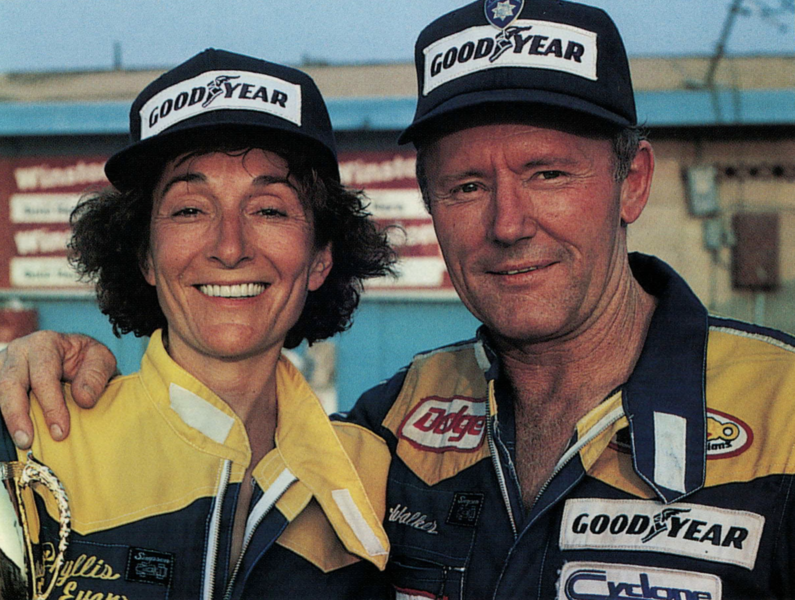 Since the sport's inception, four generations of off-road racers have compared themselves as spiritual brethren to the cowboys of the Old West. Indeed, they share a passion for wide-open spaces, being fiercely independent, shunning excessive regulation and thriving in nature's harshest environments.

There is no better example of this proud off-road tradition than the man who made wearing a 10-gallon Stetson his trademark.

Born in Cedar Lake, Michigan, Walker Evans has been one of the sport's best racers, innovators and ambassadors. Over his long and successful career, Evans earned 142 victories in both desert racing and short-course competition, claiming 21 championships and nine Baja 1000 wins in the process. In fact, his nickname is "The Legend."

Walker got his first sample of off-road racing when he drove a Rambler Sedan in the 1969 NORRA Baja 500 for actor James Garner's American Motors Team. During his career, Walker has driven Dodges, Chevrolets, and Fords. As they say, the rest is history. He was forever hooked.

"The sport was just something that I thrived on," he once told me. "I just loved it – just driving, driving and driving all through the night. You know how you can get hooked on something? Everybody who's ever driven the Baja knows it's the greatest experience of his or her life. And it definitely took over mine."

Inducted into the Off-Road Motorsports Hall of Fame in 2004, Evans was a key figure in growing factory support for desert and short-course racing, thanks in large measure to long relationships with Dodge and Goodyear. In 1994 he built and raced the first Dodge pickup in NASCAR's Craftsman Truck Series, and later helped pioneer competitive rock crawling. No matter the venue, Evans was always at the head of the field.

"My commitment to winning came off to some people as being too aggressive," he shared. "I've often said – and I learned this from Parnelli Jones – that I'd take out my best friend to get to the finish line first. Show me a guy that's happy with second, and I'll show you a guy that's always second."

One of Walker's favorite sayings is, "It takes a motor to get my heart started." At 76 years young, he still drives Polaris RZRs, rock-crawling vehicles, off-road racing buggies, motorcycles and flies his own plane. He also competes in the annual NORRA Mexican 1000 rally, an event that saw him claim the overall 2013 Vintage class title driving his old Dodge truck.

Walker's fame has transcended that of just another off-road racer for decades. Today, the namesake company he started with wife Phyllis and longtime colleague Randy Anderson, Walker Evans Racing, has exploded, providing wheels and shock absorbers to the automotive, off-road, snowmobile and UTV markets.

Evans' life story is another example of a hard-working underdog eventually living the American dream. Decidedly more introspective than in years past, the multi-dimensional champion is still a consummate storyteller. With the passage of time, however, his stories are now interwoven with deep pride in being one of off-road racing's lucky ones. He made a living – a good living – doing what he loved.

And like the cowboys of old, Walker Evans lived life on his own terms. He did it his way.