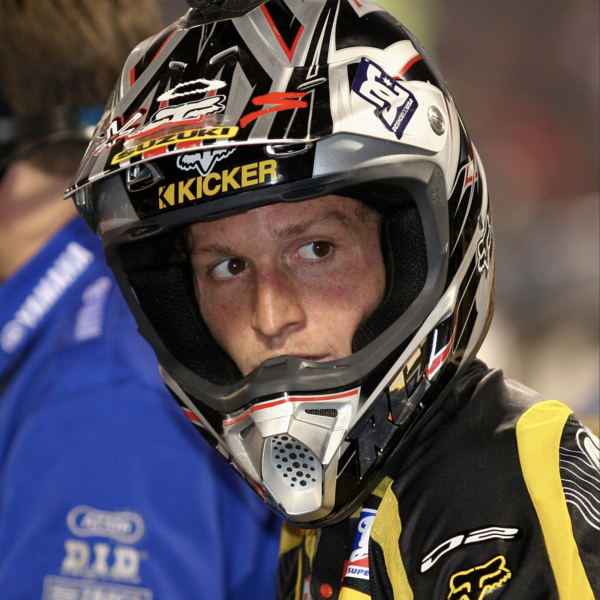 They call him "The GOAT." And no, that's not an insult; it's a complimentary acronym for the Greatest Of All Time, an unofficial title bestowed upon motocross racing superstar Ricky Carmichael.

After a stellar amateur motocross career during which he won an astounding 67 championships, stocky, freckle-faced Carmichael stepped up to the professional ranks in 1996 at age 16. It didn't take him long to showcase his enormous talent. He was the American Motorcyclist Association's 125cc Motocross Rookie of the Year in '96 and won that outdoor-racing championship in '97, '98 and '99. He also won every race he entered on his way to the '98 125cc Supercross stadium-racing title.

Carmichael's transition into 250cc Supercross competition was considerably less spectacular. In his first season, 1999, he was fast but erratic aboard that division's bigger, more-powerful motorcycles, never victorious and frequently crashing. Unaccustomed to any outcome besides winning, Carmichael dove headlong into a hardcore training program that ultimately transformed him into one of the sport's most physically fit riders.

His newfound conditioning paid off in spades. After a 2000 "learning" season in which he finished fifth in Supercross points, Carmichael went on a tear, winning the 2001, '02, '03, '05 and '06 Supercross championships; a knee injury kept him from contesting the '04 title.

His performance in outdoor Motocross on the big bikes was even more impressive. He won that championship every year from '01 to '06, and he set a record in '02 that can never be broken: He went undefeated, winning all 24 of that season's motos. He repeated that remarkable feat in '04, then won 22 of 24 motos in '05. Which means that in those three seasons of AMA Motocross alone, Carmichael won 70 of 72 races. That wasn't just dominance of the competition; it was sheer supremacy.

By the time Carmichael retired during the 2007 season, he had compiled a dossier that almost defies description. He won 15 AMA championships, 10 in Motocross, five in Supercross; scored 150 wins, 102 in Motocross, 48 in Supercross; had two perfect Motocross seasons; was never beaten in 125 Supercross; and was a five-time winner of the AMA's Rider of the Year award. Except for his 250/540cc Supercross victories, which are the third most, and his Supercross championships, which rank second, all of his other achievements set records that still stand.

Carmichael's accomplishments also include a win in the prestigious Motocross of Nations (an annual event involving top riders from all around the world) and a three-time gold medalist in the X-Games.

As his motocross career wound down, Carmichael turned to racing on four wheels. He competed in various NASCAR and ARCA series with moderate success but never quite managed a victory.

He stepped away from that pursuit in 2010 to begin giving back to his roots, the sport of motocross. His endeavors since then include the creation of a riding clinic for up-and-comers called Ricky Carmichael University, as well as the annual two-day Ricky Carmichael Daytona Amateur Supercross held after the professional Supercross at the famous speedway.

So, is Ricky Carmichael's reputation as The GOAT deserved? Based on his incredible track record, it's hard to argue otherwise.