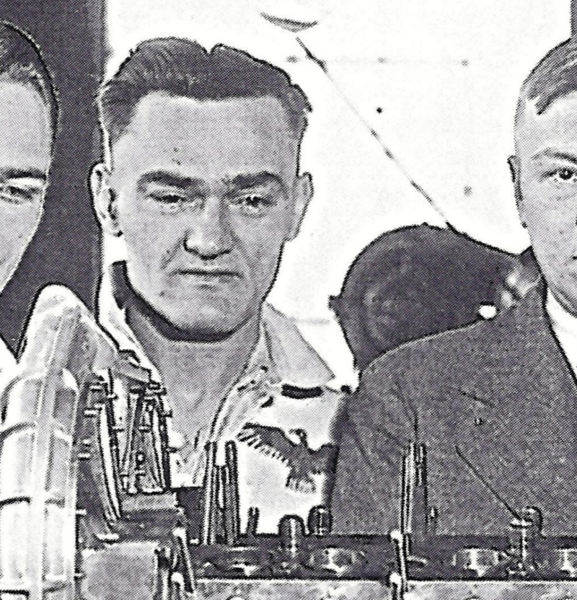 It is hard enough for someone to get elected to the Motorsports Hall of Fame in just one of the various segments of the motorsports world. But Pop Dreyer, this year's inductee in the Historic category, might well have been worthy in either the motorcycle or automotive open wheel categories. His life involved both.

Floyd "Pop" Dreyer was born in Chillicothe, Ohio on November 30, 1898. Growing up on a farm in the early days of the 20th century, he learned about gasoline engines at a young age to help keep the tractors running.

When Dreyer was a teenager, his older brother bought a motorcycle, and for Pop it was the beginning of a life-long passion for gasoline-powered vehicles. The faster they ran, the better. Turned out that Pop rode the motorcycle more than his brother did, and it wasn't long before he was a highly skilled rider. Working on the farm equipment helped his mechanical expertise to develop quickly as well, and he would land a job at a motorcycle dealership in Youngstown, Ohio.

One day at the dealership he was invited to compete in a motorcycle sidecar race, and that was the beginning of a stint in racing that would see him quickly become one of the nation's top sidecar racers, with factory support by both the Indian Motocycle Company and the Flxible Sidecar Company. From the late-teens into the 1920s Dreyer won numerous National races and championships in M&ATA sanctioned races, the predecessor to the AMA.

As they are today, the dangers of racing were ever-present for Dreyer, and it all went bad for Pop and his sidecar passenger Jeff Mapes at a Labor Day race in 1921 at East Palestine, Ohio. The pair tangled at high speed with another sidecar sending them through the outside fence. Mapes was killed and Dreyer suffered a broken back, which caused a temporary paralysis. After a lengthy rehabilitation, Dreyer recovered and while he did attempt to return to racing, his heart was no longer in it as a competitor and he retired at the end of the 1923 season.

After moving with his wife and three children to the Indianapolis area, he got a job with the Duesenberg Automobile Company working as a welder. His love of racing and high-performance engines found him getting involved in auto racing, both as an engine builder and developer of numerous racing-related products, including magnesium wheels to reduce weight. During 1927-28, he was involved at Stutz to help develop Frank Lockhart's Blackhawk Land Speed machine.

He also became very involved in Midget racing, working both with automotive powerplants and also with Indian motorcycle engines that he adapted for car racing. He was, by then, building complete race cars for sale. Harold Shaw, a veteran racer and one-time Indy 500 relief driver, drove an Indian-powered Dreyer Special to victory at the first-ever Midwest Indoor Auto Racing Association race at Chicago's 124th Field Artillery Armory in 1933. In Sprint Car racing, Dreyer-built cars won the 1938 American Automobile Association (AAA) Eastern title, as well as the 1949 Midwestern championship. His cars even made up the entire front row one year at the Indy 500.

In the early 1950s, Pop's focus changed and he returned to his roots in motorcycling. He opened a motorcycle dealership in Indianapolis in 1953 selling BMWs. In 1959 he became Honda's ninth motorcycle dealer in the United States and first east of the Mississippi River. The Dreyer family continues to this day with multiple motorcycle stores in the Indianapolis area.

Floyd "Pop" Dreyer has been recognized for his accomplishments and contributions to motorsports with inductions to the National Sprint Car Hall of Fame, National Midget Racing Hall of Fame, AMA Motorcycle Hall of Fame and others. It is fitting that in 2012 we welcome him to the Motorsports Hall of Fame of America.