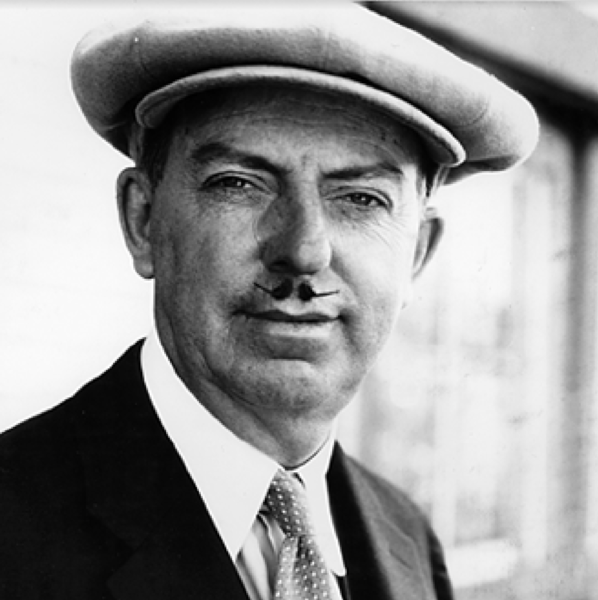 An eccentric genius and engineering visionary, during his long career Harry A. Miller almost single-handedly transformed the face of American racing.

His cars and engines dominated competition in the United States on land and on water for more than forty years. He was a constant innovator, pioneering the development of light alloy metals, aerodynamics, supercharging, both front and four-wheel drive and an amazing array of forward-looking ideas in automotive technology.

Miller's cars won the Indianapolis 500 a total of 10 times and machines powered by Miller or Miller-based Offenhauser engines won the big race another 29, not to mention 43 national championships.

On water, numerous Gold Cup and other major speedboat race wins were captured by craft powered by Millers.

At one time or another, almost every major speed and distance record was held by a Miller product. It is a record unequaled by any other manufacturer before or since. As a result, the name Miller has become synonymous with phenomenal success.

Harry Arminius Miller was born in Menomine, WI on December 12, 1875, the son of talented and artistic parents. From an early age he showed independence of mind and strong mechanical ability, leaving school as soon as possible to find his own way. He moved to Southern California in 1894 and grew interested in the burgeoning automotive industry, filing several early patents for spark plugs and other parts. When he and his long-time friend Frank Adamson designed and built an improved carburetor, his career as innovative engineer began in earnest.

The Miller Carburetor and Manufacturing Co. was founded in 1909, the first of a number of business organizations Miller formed and led over the years. Miller's aluminum carburetors soon became standard equipment on American racing cars and led him to the development of other lightweight components for high-performance and aviation engines.

In 1915, the Harry A. Miller Manufacturing Co. received its first order for a complete engine, as well as a request for a redesign of one of the famous double overhead cam Peugeot racing engines, which won at Indianapolis in 1913.

While these and other early projects were only moderately successful, it was during this period that Miller assembled a highly talented group of associates. These included master machinist Fred Offenhauser and brilliant draftsman Leo Goosen, men who were to bring into being most of Miller's seemingly inexhaustible supply of innovative ideas.

With this remarkable team, it was only a matter of time before successful racing engines and cars began to issue forth from the Los Angeles factory. Spurred by intense racing competition from the Dusenberg and Chevrolet Brothers, Harry Miller began to look toward the future with cars such as the fully enclosed and streamlined "Golden Submarine" built for Barney Oldfield in 1917.

Backed by financial support from Cliff Durant (son General Motors founder Billy Durant), as well as technical expertise from top drivers such as Tommy Milton and Ira Vail, Miller built the first of his legendary eight-cylinder double overhead camshaft racing cars in 1921. These beautifully crafted machines were immediately successful and laid the foundation of a racing dynasty that was to last for many years.

Created by a man who was passionate about cleanliness and order, the board-track Millers of the 1920s had a sculptural beauty and meticulous finish -- in addition to winning speed -- that made them some of the most gorgeous competition cars ever built. They were the pride of all who owned or drove them.

The cars won everywhere: on dirt tracks, on board ovals, on beaches and salt flats and even on a road course or two. By the end of the decade, Millers had so completely dominated the racing scene that the AAA changed its rules in 1930, just to allow other manufacturers a chance.

The idea didn't work, however, and the Millers just kept winning with clock-like regularity.

Rather, it took the Depression along with Miller's irrepressible yen for ever more complex and costly projects to begin to shake the foundation of his dynasty. He lost control of his company through a series of poor business decisions. The remnants of the Miller company eventually were bought by his Offenhauser.

With the able assistance of Leo Goosen, Offenhauser continued to build and refine the basic Miller engine designs to the point where they remained unbeatable for nearly four decades. Financial hard times, however, would prove the undoing of the proud and visionary Miller.

Despite several remarkable Indianapolis car projects, including the FWD car, the V-8 Ford four-wheel drive machines and a succession of Gulf-Miller Specials, his former success eluded him. His supporters dropped away one by one, leaving him with little more than a reputation as an impractical dreamer at the end.

Still hoping for the next big break-through, Miller died of a heart attack in Detroit on May 3, 1943. But for generations of American racing aficionado, Miller's spirit and legacy lives on, not only in the remarkable record he left, but also in the few surviving products of his genius, lovingly cared for by enthusiasts, race fans and historians devoted to his cause.

These beautiful machines give small testament to the man whose vision transformed the directions of American automotive competition. For them there is no more fitting honor than a place for Harry A. Miller in the Motorsports Hall of Fame.