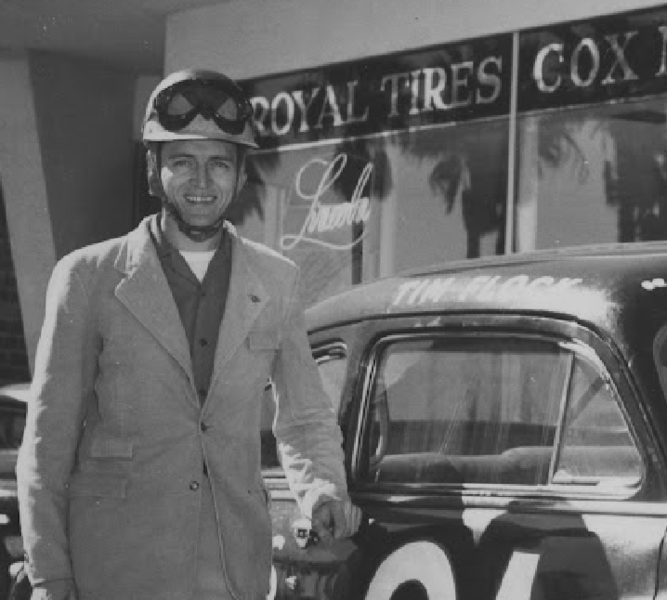 Tim Flock is known for much more than poles, races and championships won. His popularity also stems from his unselfish commitment to the sport he came to love so dearly.

Flock was more than a driver, he was a racing ambassador. He put his own interests behind those of the sport as a whole, thereby creating a role model for others to follow.

Born on May 11, 1924, Flock served in the military, was a cab driver, a soda jerk, an iron worker and loaded bootleg whiskey into cars his brothers flat footed just ahead of the law on the back roads of Georgia before becoming involved in racing.

With two of his brothers already earning great money hauling liquor and decent money driving stock cars, Flock was drawn to fast cars and ultimately to racing. He began driving stock cars in 1947 and was an immediate success as he won an unsanctioned event at Georgia's one-mile Lakewood Speedway in his first year behind the wheel.

He won 40 times in just 189 starts on NASCAR's Grand National (now Winston Cup) circuit, for a more than 21% winning percentage. The only driver in the entire 50-plus-year history of the sport with a comparable record is current Winston Cup champion Jeff Gordon.

Flock also won 39 poles, proving he wasn't just a great racer, but that he could be the fastest man of the day.

His first Grand National title came in 1952 when he drove for Ted Chester. He won 16 times in 1952, all on dirt tracks. Flock's best year was 1955 when he teamed with Carl Kiekhaefer to earn his way onto victory lane 18 times. That single-season win record stood until Richard Petty's 1967 campaign.

Kiekhaefer's first NASCAR win was at Daytona in 1955, with Flock behind the wheel. His 1955 championship included 10 flag-to-flag victories. The only paved track he won on that year was Daytona where part of the route was asphalt.

Although the record book doesn't show it, Flock won NASCAR's modified series championship as well. That title was stripped from him when he ran an unsanctioned race promoted by Bruton Smith.

Flock's playfulness added to his image. He actually carried a small live money in the car with him during races. Nicknamed "Jocko Flocko," the monkey was a favorite with the fans and added to Flock's legend.

For more than 30 years, Flock was part of the Charlotte Motor Speedway. He sold shares of the stock that helped build the track and for many years he sold tickets to help fill the grandstands. Fans often were surprised to learn that the man standing beside a car in the race track's parking lot selling tickets was a two-time Grand National champion.

Honored as one of the best drivers in NASCAR history, Flock starred in the Lingner Group Television Productions' series "NASCAR: The Fifty," in which he described the great drama of the sport's early years.

He often was at odds with racing's power brokers, particularly Bill France Sr., with whom he had many confrontations, which were generally less about himself than they were about what he thought was as the best interests of all the drivers.

The record book reflects but a small part of this man who represents the best of what auto racing is about.