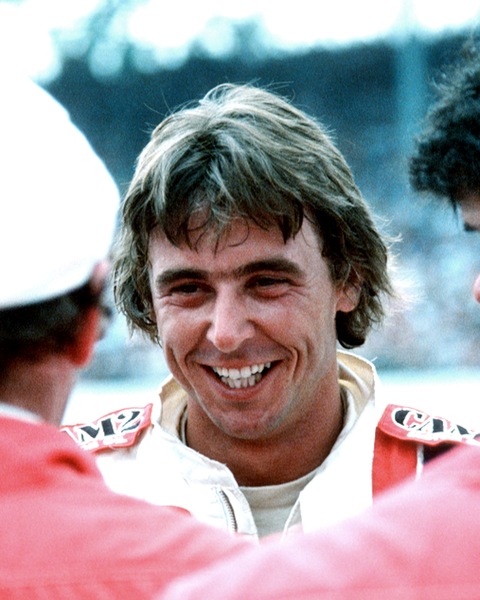 Because Rick Mears is a consummate team player, when the time came for him to call an end to his illustrious driving career after the 1992 season, he first announced his decision to his teammates at the annual Penske Christmas party. He did it that way because he knew they were the ones mainly responsible for his sterling record of 29 Champ Car wins, 40 poles, three National Championships and eight 500mile race victories-including a recordtying four at Indianapolis- and he didn't want to give them anything less that his best effort since that's what they'd always given him.

After honing his talents racing in the desert, Rick won overall honors at the Pikes Peak Hillclimb in 1976, then broke into Champ Car racing later that year with an eight-place finish in his debut outing with Bill Simpson's Eagle in the California 500 at Ontario. He followed through with a pair of ninths in two subsequent races to earn USAC Rookie of the Year honors, and the next year managed eight races, cracking the top five for the first time. For the '78 season, he signed with Roger Penske as a substitute for Mario Andretti, who would be spending most of his summer in Europe successfully pursing the Formula 1 World Championship. Rick scored his first three race wins for Team Penske that year, and the rest, as they say, is history.

Beyond those aforementioned achievements, there was also a devastating practice crash at Sanair, Quebec, in September of 1984 that mangled Rick's feet and ankles and left many worried that he might never walk again, let alone race. The recovery process was long and hard and unforgettable, but he was back racing the following year scoring an emotional victory in the Pocono 500 less that a year after the crash.

Then, however, as teammate Al Unser found himself with a shot at the PPG Cup, Mears stepped aside and turned his efforts toward aiding that ultimately successful quest-a move entirely characteristic of the man who made it. In appreciation, Unser gave Mears the right to carry the champion's No. 1 for the 1986 season.

Once he was more or less fully fit again, "Rocket Rick" resumed pretty much where he'd left off. His third and fourth Indy wins followed in '88 and'91, but during the month of May in 1992, a spin and flip-after a coolant pipe came apart and sprayed liquid into his right-rear tire-broke his wrist and kept him out of commission for much of the rest of the season. That spell of inactivity allowed Mears the time both to think his retirement through and to settle into his present role as an advisor with Team Penske. There, he's charged with guiding the fortunes of the drivers following his trail and giving them the benefit of his wisdom and experience.

Among the lessons on offer is an appreciation of the discipline and restraint he always maintained were the keys to success on the ovals, but that are also a reflection of the man himself. Mears preferred to let the races come to him as he steadily worked to adapt his car to the situation at hand. That characteristically understated approach, letting his accomplishments speak for him, served him well over the course of his career, and continues to do so today. Thus it is that a true racing hero takes his rightful place in Motorsports Hall of Fame.