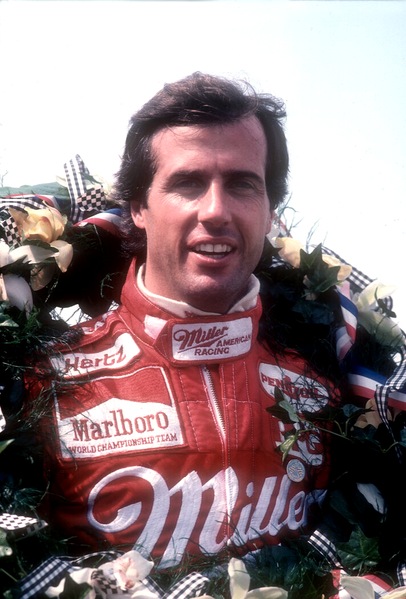 Fans of auto racing know well the story of Danny Sullivan, the Kentucky kid whose model good looks and seemingly impossible spin-and-win at the 1985 Indianapolis 500 catapulted him simultaneously to the top of newspaper sports pages and the pages of People magazine. That moment in racing helped to solidify "Hollywood" Danny Sullivan in the public's minds around the world.

However, the Sullivan they don't know is far more interesting. And, true enough, if it wasn't for Danny, the last 28 years of my life would have been far less interesting, too.

If there's anything you should know about Sully that won't appear in any Wikipedia entry, it's that his networking skills are legendary. His phone book is filled with some of the busiest deal makers in the world. Sometimes his phone bill rivals the national debt, still there is no one who connects people together better than Danny; this talent has served him well throughout his career and life.

Sullivan was a troublemaker growing up in Louisville. On more than one occasion he "commandeered" cars and drove them across horse paddocks and along dirt country roads. He was not of legal driving age. Sullivan went to Kentucky Military Institute, from which he was excused. A family friend, Dr. Frank Faulkner, found him in New York (driving taxis and waiting tables) and asked him what he wanted to do with his life... and that's when Faulkner sent him to the Jim Russell Driving School in England for his 21st birthday where Sullivan showed real talent. With that as inspiration, Sullivan did everything he could to save money to race: He slept in the back of vans, wrenched on cars, courted women and mooched meals, with nearly all his energies focused on competing in Formula Fords and Formula Three open-wheel race cars. But soon enough his money ran out and he came back to his old Kentucky home.

Sullivan convinced fellow Louisville native G. Garvin Brown III that Brown needed to sponsor a team in the resurgent Can-Am series for the 1980 season. Brown, scion of the Brown-Foreman Distillery family – makers of Jack Daniels, Old Forrester and other adult beverages – could think of no better way to spend his time and founded his eponymous team, hiring Sullivan as pilot (and me as the team's motor home driver, PR man and chef). That year was one to test friendship and patience, as the racecar they commissioned was slow yet ill-handling. By mid-season they changed equipment and Sullivan began to have success on the track, and with it he earned the attention of team owners around him.

Back in Indy cars in '84 Sullivan drove the Domino's Pizza Hot One. In subsequent years he'd pilot the successful Miller American Beer-sponsored car for Penske where his genius at spinning-to-bring-out-a-yellow-to-replace-tires-to-then-pass-Mario Andretti would play out. While it's true Sullivan is best known for that high-speed pirouette only slightly better than for his role on an episode of "Miami Vice" as race driver Danny Tepper – how's that for trivia? – I will always remember Sully for a move he made at Mid-Ohio in September 1984.

That was when Sully turned to me in the paddock and asked that I look after his cousin and a friend of hers, both of whom were visiting him from Louisville, so he could get in practice laps. Little did Danny know that this networking move would lead me to my wife – his cousin's "friend" – and we've been together ever since.

A true champion, a real friend, the epitome of the modern-day race driver, Daniel John Sullivan III has carved himself a rightful and appropriate place among America's great racing drivers.