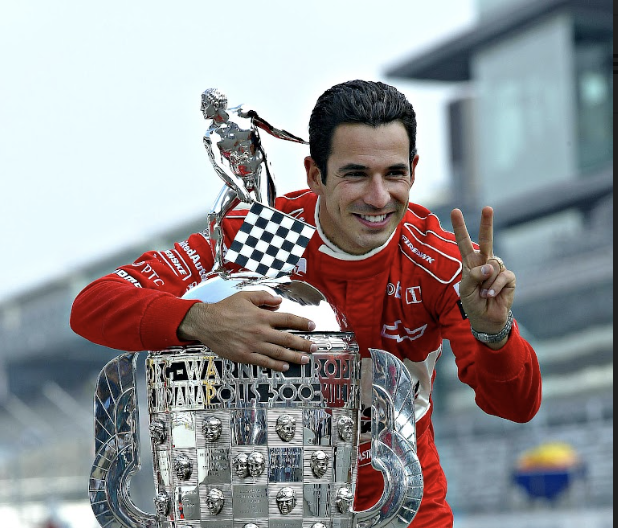 The Brazilian has one of the greatest records in Indianapolis 500 history, winning the race four times (2001, 2002, 2009 and 2021), pole four times (2003, 2007, 2009, 2010) and finishing second three times (2003, 2014, and 2017). He is one of 10 drivers to score three or more victories, one of five to score back-to-back triumphs, and one of two — the other, Al Unser — with a three-year run of two wins and a second. He also is one of only four drivers to win four Indy 500s; the others are inductees A. J. Foyt, Rick Mears and Al Unser. Castroneves was also the first foreign-born driver to win three 500s. Although Castroneves has never won the series championship, he was almost always in the hunt, finishing second four times and third three times. As of 2022, he was tied with Paul Tracy and inductee Dario Franchitti for 10th on the all-time IndyCar victory list with 31, ahead of inductees Rick Mears, Johnny Rutherford and Roger Ward. Also immensely popular, earning the nickname “Spider-Man” for his signature fence-climbs and gaining broad national attention after winning the 2007 edition of Dancing with the Stars.