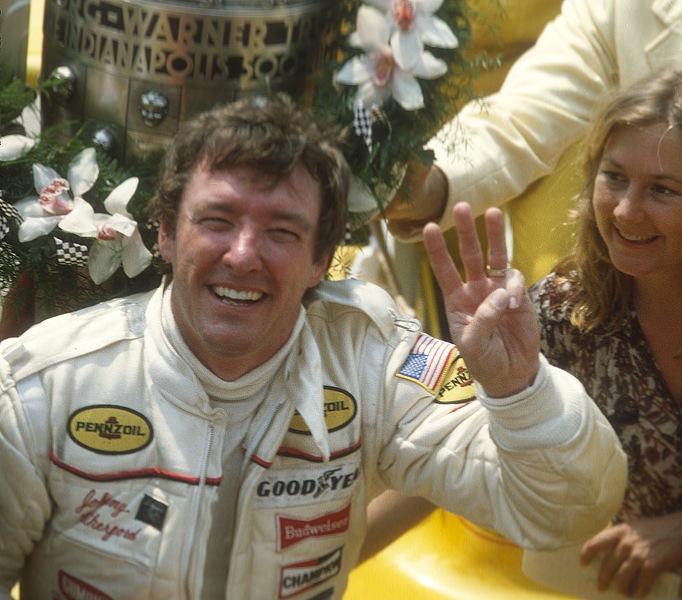 From 79 runnings of the Indianapolis 500, only eight men have won the historic race three times or more, and among that elite eight stands John Sherman Rutherford III, otherwise known as Lone Star. J.R. Rutherford was in only his fourth season of racing when he first drove at the track where he would make his name. That was 1963, a year in which he also broke the track record at Daytona and won a 100-mile qualifying race there. He tried Daytona again in '64, but flipped his Bud Moore Mercury after skidding to a stop on its roof and likened the experience to "welding with your shift off."

J.R. scored his first Indy Car race win at Atlanta and claimed the USAC Sprint Car title in 1965, but found himself on the sidelines-and missing Indy-the next year after breaking both arms while flipping his sprint car out of the track at Eldora, Ohio. By 1970, his career had begun to gather momentum. He qualified second for his seventh race at Indianapolis, but needed three more tries to crack Indy's top ten, taking ninth in the ill-starred 1973 race after starting from the pole with a new track record.

It all happened fairly quickly after that, however. The next year, J.R. bagged the first of his three 500s, rocketing the works McLaren through the field from the inside of row nine to lead 122 of the 200 laps. Rutherford missed a chance to win three consecutive 500s when the 1975 race was stopped by rain after 174 laps with his McLaren running second-within a minute of winner Bobby Unser's Eagle-but benefited from similar circumstances the next year to collect his second 500 win.

To that victory, he added four others to secure the 1980 National Championship, but Rutherford and Hall stuck with the Chapparal about a season too long-winning only the '81 season opener at Phoenix-and for 1983 Johnny jumped to Pat Patrick's team to partner old foe Gordon Johncock. At Indy, however, he sidelined himself for most of the rest of the season when he broke both his left foot and right ankle in a practice crash. The next May he went to the Speedway with Doug Shierson, but ended up qualifying one of old adversary A.J. Foyt's cars instead.

His two final championship victories came for Alex Morales' team in 1985 and '86, the last-the latter year's Michigan 500-ranking him fifth on the all-time National Championship win list with 27. A decade later, he still stands eighth on that list.