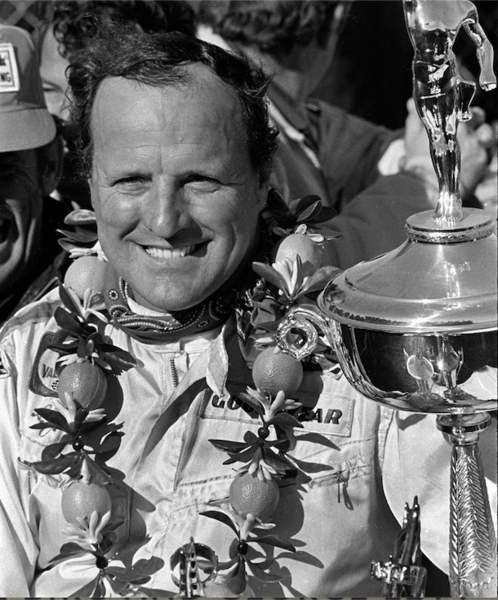 In the course of a career now approaching four decades, few achievements in racing have eluded Anthony Joseph "A. J." Foyt, Jr. Although he joined the elite group of inaugural inductees to the Motorsports Hall of Fame on the basis of his remarkable record in open wheel racing, "Supertex" found his way to the winners circle in everything from midgets to sports cars.

Born in Houston, Texas in 1935, Foyt grew up around racing. His father's shop--the Burt and Foyt Garage--specialized in race cars, and even campaigned a Ford-powered midget. By age five, A. J. had already decided upon his career, and by 1953 he had become a regular on the Midwestern midget racing circuit.

He quickly established himself as a winner, and in the years since has scored victories in virtually every North American racing venue--midgets, sprint cars, Indy cars, stock cars and sports cars, on circuits ranging from quarter-mile dirt ovals to superspeedways.

Although he has been outspoken about his preference for open-wheel racing, Foyt's exploits in stock cars would make an impressive career on their own. After a number of victories in U.S. Auto Club stock racing, Foyt joined forces with the famed Wood Brothers team, where his tough, aggressive style quickly made him a force on the NASCAR circuit. His NASCAR record includes victories in several 500-mile events, including the Daytona 500 in 1972.

Foyt's sports car career includes a 1967 victory in the 24 hours of Le Mans, and a place on the winning team at the Daytona 24-hour race in 1983. And in 1987 he claimed the world closed course speed record for Oldsmobile with a lap of 257 mph in the Quad-4 powered Aerotech.

Racing will always have its share of "best ever" claimants. But few--if any--have better credentials than A. J. Foyt.