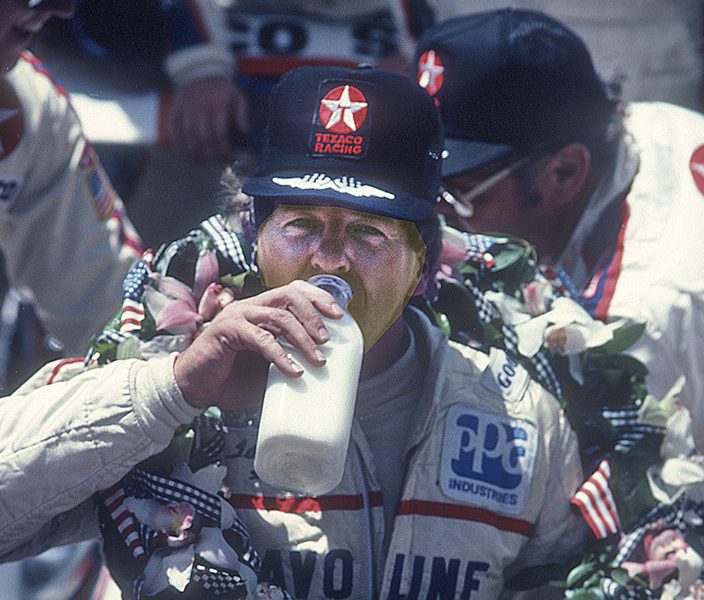 He was the first man to break the 200 mph barrier at Indianapolis and the first back-to-back national champion to be fired. He was adored by the fans and media but managed to get sideways with A.J. Foyt, Johnny Rutherford and both Unser brothers during his career. Mechanics loved his savvy behind the wheel, yet wanted to strangle him because he was never satisfied with the chassis. He was well-spoken and outspoken -- but never at a loss for words.

Gordon Johncock once said: "If nine people pushed the up button in the elevator, Sneva would press down."

And that combination of talent, bravado, personality and unpredictability is what made Tom Sneva one of Indy-car racing's most entertaining performers for the better part of two decades.

He quit driving a school bus for Indy cars in 1973, packing up his wife and two young daughters and moving from Spokane, Wash. to Indianapolis where he immediately received instant respect and victories in the tough USAC sprint series.

Sneva qualified for his initial Indy 500 in '74 with a low-buck team and ran so quick all season that Roger Penske signed him up for '75. That was the start of a tumultuous four years where arguments ran a close second to success.

After surviving one of the most spectacular crashes in IMS history in May of 1975, Tom came back to score his first win at Michigan a few weeks later. By 1977, nobody in the USAC paddock was quicker. The day after crashing and drawing the ire of his team for trying to run through Turn 4 flat out, Sneva stormed back to run the first 200 mph lap and win the pole position.

And, even though he captured the USAC title in '77 and '78, Penske didn't like drivers who thought outside the box or freely gave their opinion so he fired the national champion. Sneva soldiered on and by 1981 he'd hooked up with George Bignotti. They fought like the Honeymooners but got along well enough to win six races together -- including Indy in 1983.

A bridesmaid three times at the Speedway, "The Gas Man" (as he was nicknamed by fellow driver Johnny Parsons) drove the Texaco Star around Big Al Unser and into Victory Lane in a win that was as popular as it was overdue.

Sneva set another track record for his third Indy pole in 1984 and was fixin' to have a shootout with Rick Mears for the win when he lost a CV joint. He did triumph three times and lost the CART title to Mario Andretti by 13 points.

As road racing became more and more prominent, The Gas Man became an Indy-only specialist and competed for the final time in 1992. His career stats read 14 poles, 13 wins, two titles and 1,695 laps led. He was a master in traffic, especially at Phoenix and Milwaukee.

And whether he made you laugh, cuss or shake your head in awe, whenever he strapped on his helmet, Tom Sneva was always worth the price of admission.