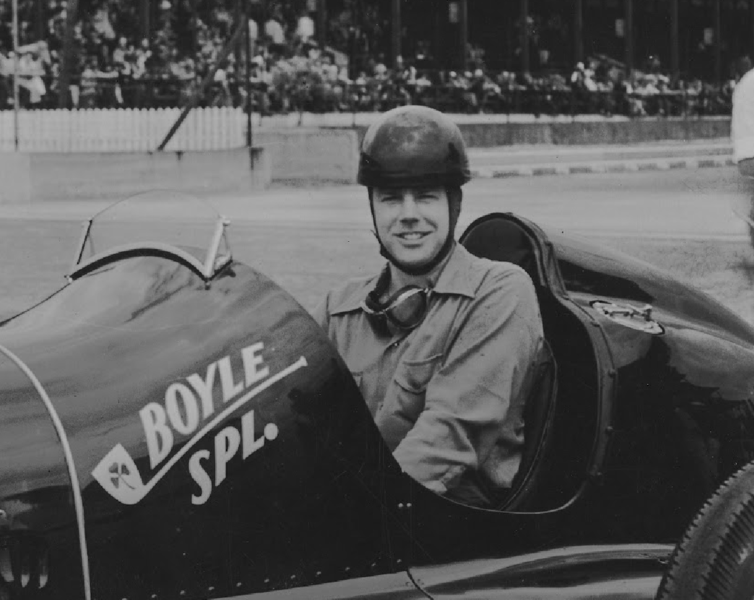 One of the most respected drivers of all time, Ted Horn established a record of consistency at the Indianapolis Motor Speedway which may never be equalled.

When he left the racing scene in a fatal accident at the DuQuoin, IL State Fairgrounds in 1948, he left behind a truly remarkable record of achievement in the sport. In death, he remained a champion, posthumously winning his third consecutive AAA National Driving Championship.

Despite the fact that he won only five National Championship events (at Bainbridge, OH, Milwaukee, WI, Arlington Downs, TX and Springfield, IL), he was virtually unbeatable in the potent Sprint Cars in his famed "Baby".

His first race in 1926 ended in a crash and until the early-thirties he had little success racing. In 1935, after some heated duels with rival Rex Mays in the Los Angeles area, Ted earned a chance to run at Indianapolis. He lasted 145 laps before steering problems put him on the sidelines. That was to be his last non-finish at the "brickyard" and in the ensuing years he amazingly completed every lap of the "500" with one exception. In 1940, he finished one lap behind in fourth place despite establishing numerous records during the contest.

No driver since has been able to match Ted's nine-race consistency mark at Indy and he remains the last driver to win three back-to-back National Driving Titles.