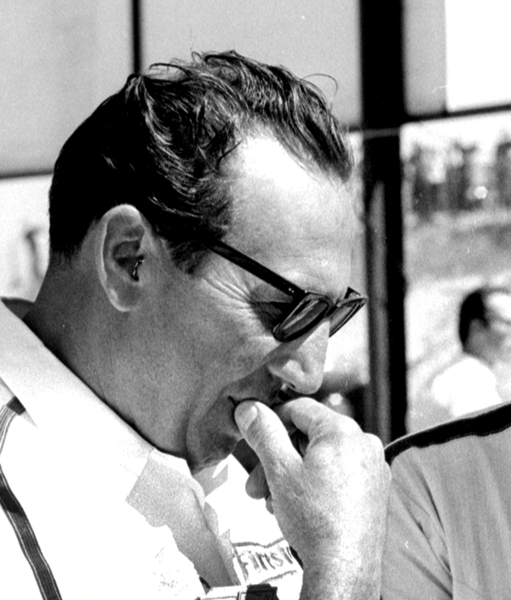 The winningest chief mechanic in Indy Car history, George earned 85 victories during a distinguished career behind the wrenches.

He started as a race car owner in the San Francisco area and in 1954 made his debut as a crew member at Indianapolis.

In 1956, teaming with co-car owner Bob Bowes, he scored his first Indy Car win in the 100-miler at the Arizona State Fairgrounds in Phoenix. I he driver was Jud Larson.

A. J. Foyt joined the team in 1960 and USAC National Championships ensued, both in 1960 and 1961. A. J. also grabbed the Indianapolis 500 in 1961, but in the summer of 1962 they decided to part company. Reforming as a team before the end of the year, they immediately stormed back to the winners circle and ended up second in the point standings. Piling up 27 victories in just five seasons, they again claimed the USA National Championship in 1963 and 1964.

Following a final split with Foyt in 1965, Bignotti collaborated with John Mecom on what evolved into the Vel s Parnelli Jones superteam , comprised of drivers Al Unser, Mario Andretti and Joe Leonard. George subsequently led a heavily revamped Patrick Racing Team starting in 1973 and the Dan Cotter team beginning in 1981, enjoying a measure of success with each.