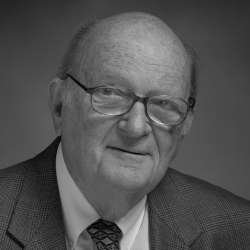 By the time they're 48, some people are already planning retirement. Shortly after he'd turned 48, Shav Glick was preparing for the next facet of his sports writing career.

He didn't know it at the time, but his new assignment -- covering auto racing and other motorsports for the Los Angeles Times -- would eventually define that sports-writing career, and earn Glick a permanent niche in the Motorsports Hall of Fame of America.

What he also didn't know at the time was much about motorsports. He'd been covering track and field and later golf, when "In 1969, I was suddenly thrust into racing," he said.

"I had been a sidebar guy at The Times Grand Prix at Riverside Raceway," Glick said. "They sent a bunch of guys out to cover it. But I had no background in racing as such."

In fact, Glick said, then-Sports Editor Bill Shirley gave him the assignment on a trial basis, and it was up to Glick to prove he could handle it.

Well, when you need to know something in a hurry, you go to people who already know it.

"I had a lot of help from Dan Gurney and Mickey Thompson," Glick said. "And from two writers, Johnny McDonald of San Diego and Ray Marquette of Indianapolis. They held my hand."

Glick took to his new assignment like the veteran sportswriter he was and when major races and major golf tournaments began overlapping, and Glick was asked to choose one or the other, he didn't even have to stop and think about it.

"To the astonishment of my golfing friends, I took racing," he said. "The reason was obvious to me: Racing people are the most interesting I've ever worked with."

Pretty soon, instead of Glick seeking help from other writers, other writers were turning to Glick for help. It's still happening.

Go to any pressroom at any racetrack in any state in the country and there is no end to the line of visitors who "need to talk to Shav."

Now, three-plus decades since he started covering racing on a trial basis, Shav Glick, easygoing but always professional at 83, is recognized as the dean of daily newspaper motorsports writers, has won enough awards to clutter any mantelpiece and even has a racing award named for him.

His writing is clear, uncluttered, understandable and, most of all, informatively entertaining. He doesn't write about machines, he writes about the people involved with machines.

And he's going to keep right on doing it.

"I'm never going to retire," he said a few years ago.

In fact, he's not even slowing down, covering races on the other side of the country, reaching for the phone when there's a racing-news story brewing, writing his weekly column about the interesting people he meets in racing. He may be 83, but he acts like a kid of 70.

He considers his Hall of Fame enshrinement the pinnacle of his career, but accepts the honor humbly.

"What astonishes me is the list of people [already in the Hall] in my category -- Roger Penske, Tony Hulman, J.C. Agajanian," Glick said.

"I look on it as a vote for [daily] newspaper people," he said. "I'm the first one, and I think I'm kind of a representative of all who went before me."