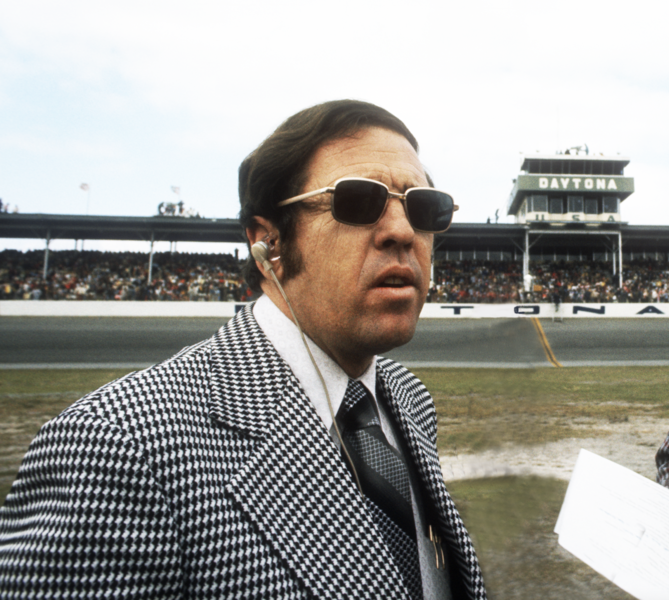 William H.G. "Big Bill" France yanked stock car racing from liquored-up, backwoods brawls, cleaned it up and turned it into a legitimate sport. Then he handed the baton to his oldest son who took the sport to unimaginable heights.

For 32 years or so, starting in January of 1972, William C. France, known to all as Bill France Jr., was the "go-to'' guy at the National Association of Stock Car Auto Racing.

When you look at France's reign, you can gain a greater appreciation for what the man did for the sport of stock car racing.

He took a sport popular only in the Southeast and turned it into a national phenomenon. Now NASCAR, with a fan base of 75 million folks, is nipping at the heels of the NFL in terms of national popularity.

When France was appointed president by his father, NASCAR racing was a regional sport. The majority of Winston Cup Series events were not on television and those that did get air time were mixed into sports anthology shows such as ABC's "Wide World of Sports."

In a groundbreaking live, flag-to-flag broadcast, France had a breakthrough when he signed a deal with CBS Sports in 1978 to televise the 1979 Daytona 500.

The race produced astronomical ratings due in part to winter weather conditions in the Midwest and Northeast (keeping people in front of their TVs) and a spectacular finish on the track in Florida. Richard Petty won when Donnie Allison and Cale Yarborough crashed each other out on the final lap, then exchanged punches at the scene of the accident.

Soon after, Winston Cup and Busch Series broadcast rights started selling like crazy to sports-minded cable networks such as ESPN, TNN and TBS. Under France's direction, NASCAR got its first taste of big-league attention when it signed an NFL-like $2.4 billion television contract with FOX, NBC, and Turner in 1999. The contract took effect in 2001.

After the manufacturers' wars of the 1950s and 1960s, Detroit had cooled to NASCAR racing in the 1970s and that led France to look for new money outside the automotive corporate sector.

Beginning with R. J. Reynolds, Bill France Jr. brought a host of non-automotive related corporations into sponsorship positions with NASCAR, which boasts some of the most brand loyal fans on the planet.

France's three top priorities on the competition side of the company were always safety, close finishes and holding the line on expense.

While other forms of racing have advanced technology, NASCAR uses the same simple engine components that were available in the 1950s. You won't find fuel injection or turbo systems in stock car racing.

At the height of the energy crisis in the mid-1970s, France shortened the 1974 Daytona 500 to 450 miles to show its concern for the country's gas predicament.

In the 1980s France again battled Capitol Hill on a tax bill that would have done away with most business leisure expense deductions, which would have been disastrous for NASCAR's corporate clients.

Presently, France has stepped out of the limelight at NASCAR and turned the day-to-day management of the sanctioning body over to his son and his lieutenants.

Did France achieve all he set out to do as NASCAR czar all those years?

"I did what I was supposed to do with a lot of help from a lot of people," he continued. "I got some recognition for it and some credit for it, which quite frankly should slide on down the line to the people who came up with the idea."