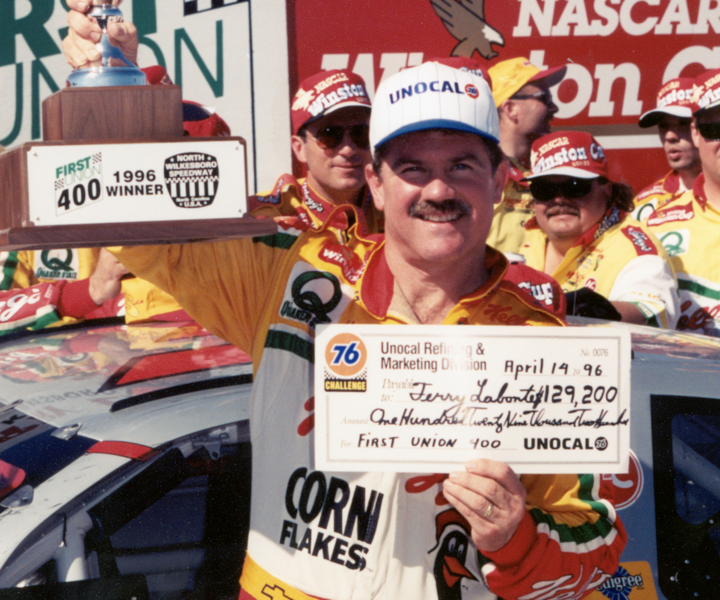 In 25 full seasons at the NASCAR Cup Series level, Terry Labonte has finished in the top-five in the championship standings on seven occasions — including two circuit championships — and in the top-10 an amazing 17 times. Labonte won his first career Cup Series championship in 1984, driving the No. 44 Chevrolet for car owner Billy Hagan. In 1996, he claimed his second career title, edging teammate Jeff Gordon by a mere 37 points in one of the closest races in history. In 56 years of Cup-level competition, Labonte is one of just 14 drivers with multiple championships — a list that includes Hall of Famers Dale Earnhardt, Cale Yarborough, Buck Baker, Tim Flock, Ned Jarrett, David Pearson, Lee Petty, Richard Petty, and Darrell Waltrip. Labonte broke Richard Petty's record of 513 straight starts in 1996 and continued his "Iron Man" streak until Aug. 5, 2000, when he missed the Brickyard 400 at Indianapolis while recovering from injuries suffered a month earlier in a race at Daytona Beach, Fla. Terry and Bobby Labonte are the only brothers in NASCAR history to win Cup Series championships.