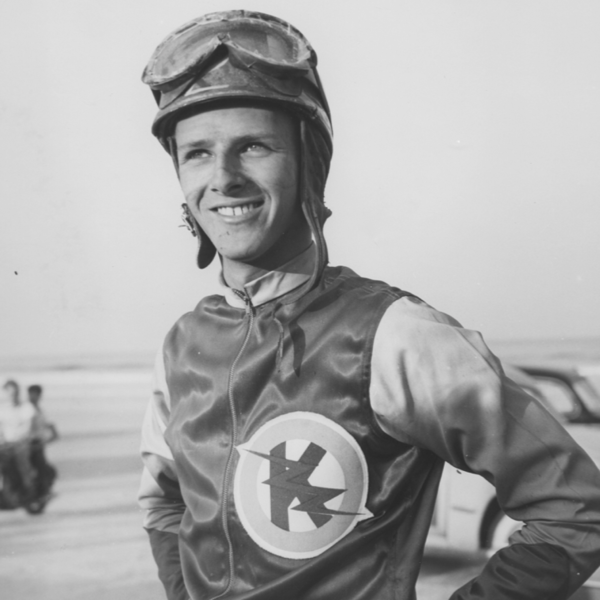 Growing up on a farm in Groveport, Ohio, Dick Klamfoth began riding motorcycles after getting his driver's license at the age of 14. He convinced a couple of friends who co-owned a racing Harley to give him a shot on the bike. Klamfoth spent hours practicing his dirt riding technique racing through apple orchids near his home. Klamfoth will forever be associated with the DAYTONA 200. At the age of 20, Klamfoth burst onto the motorcycle racing scene in March of 1949 when he rode to a surprise victory in the 200 on his very first attempt. Klamfoth won the beach classic again in 1951 and 1952 to become the first three-time winner of America's most famous motorcycle race. 1951 was Klamfoth's most successful season. He started with his second victory in the DAYTONA 200 and followed that up with national wins at the half-mile ovals in Richmond, Va., and Shreveport, La., as well as earning a victory in the Laconia Classic road race. In addition to his three Daytona wins Dick won at Laconia (1949, 51, and 52), Heidelberg (1958 and 59), Richmond (1951 and 54), Shreveport (1951) and was five time Ohio State Champ. Known as one of the true gentleman of the sport, Klamfoth was named AMA's Most Popular Rider in 1961. He is remembered for his first National number 2 on his Norton race bike. He also rode for BSA, Royal Enfield, and Indian during his competitive years. Dick has spent his entire life as a success in the motorcycle sport and business. After racing, he showed the depth of his ability when he was recognized as the largest U.S. Honda motorcycle dealer in 1964 and 1965.