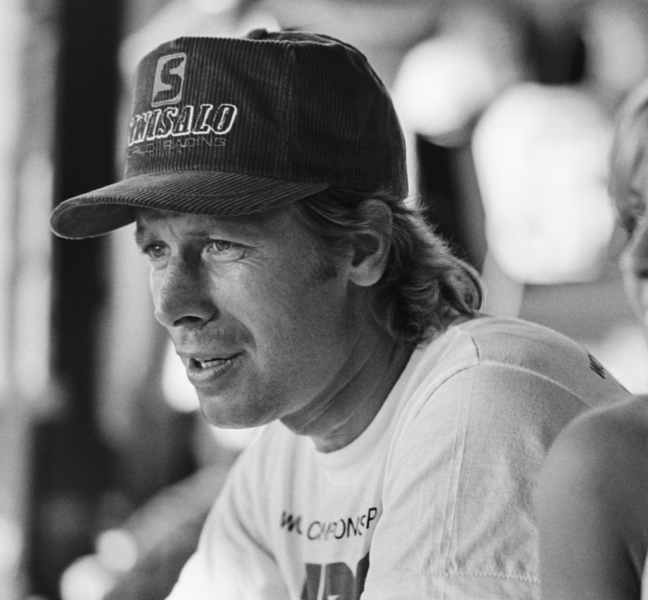 It's difficult to fathom the amount of success that Roger DeCoster has achieved in the motorcycle world. When speaking of a successful motorcycling career you could easily point to a rider who has accumulated numerous championships, or a team owner or manager who has guided his squad to numerous victories, or maybe you could look to a promoter who has staged popular and memorable events. Roger DeCoster has the distinction of being all of these.

DeCoster the rider was winning National Championships in his home country of Belgium as early as 1964, when he claimed his first National title as a trials rider. He was nineteen years old at the time. He would later score a gold medal in the 1964 International Six Days Trial in East Germany before devoting full attention to the burgeoning sport of motocross in the mid 1960s. There DeCoster made his mark and gained world recognition as a member of Team Suzuki from 1971-1979, bringing home five 500cc World Championships along with 37 Grand Prix victories more than any other rider in history. He also won four Trans USA series titles, numerous "Rider of the Year" awards, and was honored by the AMA as "Sportsman of the Year." Along with teammates Joel Robert and Sylvain Geboers, as well as adversaries like Bengt Aberg and Heikki Mikkola, he firmly entrenched the European contingent as the leaders in the world of motocross for over a decade.

In 1979, DeCoster signed a contract with American Honda to develop its new line of single-shock motocross machinery and later to manage its motocross team. In typical fashion, he turned both into winners. DeCoster's vision and experience helped to turn Honda's motocross motorcycles into instruments with which Team Honda riders like Donnie Hansen, Johnny O'Mara, David Bailey, Rick Johnson, Jean-Michele Bayle and Jeff Stanton thoroughly dominated the national motocross scene, making Team Honda the most formidable in US National motocross and supercross competition with twenty-two national titles in four divisions through 1989. Ironically, it was also DeCoster the manager who helped to break the European stranglehold on the world motocross front of which he had been so much a part by managing Team USA to its first Motocross des Nations victory in 1981 and for nine consecutive years thereafter.

When the United States Grand Prix looked to be in doubt in 1990, it was DeCoster the promoter who recognized the need for a world class event to be held in America, so he took up the reins and successfully staged the event for three straight years.

That Roger DeCoster has tasted so much success is a credit to his drive, determination, charisma and style which has made winning seem natural, as well as his passion for motorcylcing. He has increased public awareness of motocross, and he has truly been an ambassador to the sport.