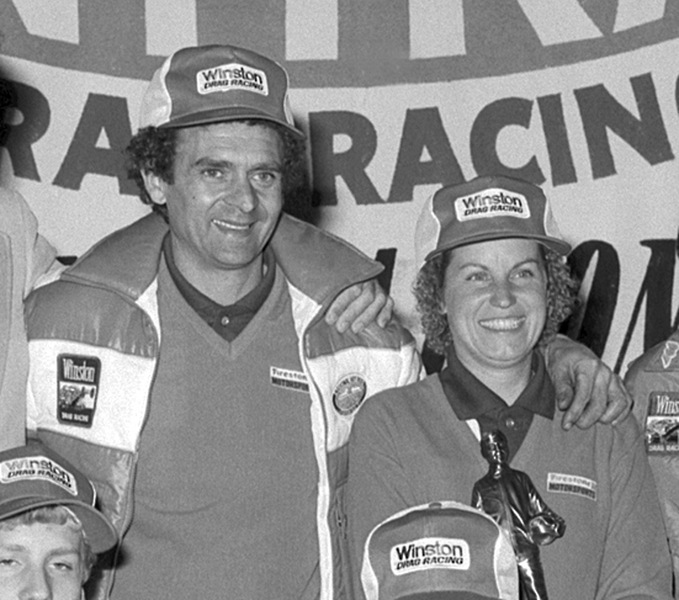 Bob Glidden is the winningest driver in National Hot Rod Association history, and while that alone might qualify him for Hall of Fame induction, it's this dedicated racer's entire persona that's separated him from his peers.

When Glidden burst upon the scene with his first Pro Stock Ford Pinto no one could have predicted that by the conclusion of the 1993 season he would have won 84 NHRA national events as well as an unprecedented 10 NHRA Winston Pro Stock Championships. And let's not forget that Glidden has also won a handful of International Hot Rod Association races and an IHRA World Championship. Truly, this is a record unlikely to be matched.

What makes Glidden's on track accomplishments so impressive is the fact that he has won in almost everything he has raced. This includes numerous Super Stock precursors to his Pro Stock career, although his reputation will forever be synonymous with Ford. In fact, when Glidden introduced his Plymouth Arrow Pro Stock in 1979 his competitors were practically salivating at the prospect of finally being able to get the better of him. All he did was open the season by winning the Winternationals. He went on to win another half dozen races on his way to the second of three consecutive Winston Championships. From 1985 through 1989 he would win five straight titles.

Glidden's successes in a category of competition that virtually every observer considers the toughest and most hard-fought, his Fords have faced off against a veritable army of Chevrolets, Pontiacs and Oldsmobiles, winning far more often than not. And, while every other competitor has had a peer group from whom guidance regarding engine building and development has been available, Glidden has had to go it alone. Far more than just a superior race driver, Glidden has become a race engine development engineer, and while there are no official degrees offered in the field, he's certainly the Ph.D. of Ford drag racing powerplants. His thesis could be titled "Mastering the 500 Cubic Inch Gasoline-Burning, Carbureted Ford Drag Racing Engine."

Drag racing is considered a family sport, and the Glidden clan epitomizes that ideal. With his wife having served as his long time crew chief, Bob and Etta Glidden raised their sons Rusty and Bill on the sound of 9,000 rpm Ford engines and the smell of high octane gasoline. Each member of the clan has played an important role in the patriarch's successes, as evidenced by their numerous appearances on the Car Craft Magazine All-Star Drag Racing Team. Etta and her sons have been named to the Team a half dozen times, while Bob has appeared an impressive 11 times in three different categories, including twice as Person of the Year and once as the Ollie Award winner, emblematic of a racer's career-long contributions to the sport.

With his millions of fans Glidden will always be the kind of outstanding competitor worth emulating and his inclusion in the Motorsports Hall of Fame is deserved in every way.