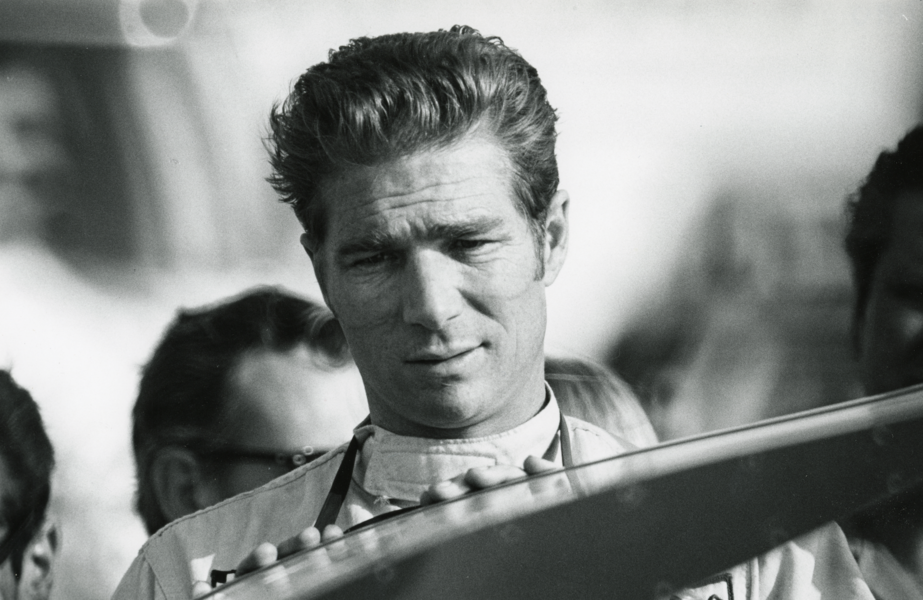 Few followers of sports car racing are unfamiliar with the accomplishments that have earned Jim Hall his place in the Motorsports Hall of Fame. Although Hall's success was based in a methodical approach, the steps were often huge ones.

In training for the family oil business, he studied geology at Cal Tech., but switched to mechanical engineering after a plane crash claimed the lives of his parents and sister. James Ellis Hall was born in Abilene, Texas in 1935. He began racing in partnership with his brother, Dick, through whom he met fellow Hall of Famer Carroll Shelby. This relationship also brought him into contact with Hap Sharp, who would become his partner in Chaparral.

After racing a string of high-powered imported and domestic sports cars, Hall commissioned Troutman and Barnes to build the first Chaparral to his design. With this front-engined, aluminum-bodied Chevrolet-powered special, he won both the June Sprints and the Road America 500 at Elkhart Lake in 1962.

His early successes earned the Texan a shot at Formula 1, and in 1963 he joined the British Racing Partnership to drive a Lotus-BRM. He scored points in Germany and England aid finished 12th in the championship, but never undertook a second season.

Back home, Hall began growing his innovative reputation in the fertile soil of a healthy relationship with General Motors. Among the novelties the Chaparral 2-series brought to the sport during the mid-60's was an automatic transmission so secretive that, when first used, it went unrecognized. Other breakthroughs included fiberglass chassis, cast aluminum alloy spoked wheels, moveable spoilers, adjustable high-mounted wings and auxiliary-generated vacuum ground-effects.

As a driver, Hall won the 1964 U.S. Road Racing Championship, and only a foolish rule prevented him from recapturing the honor in ,65. In 1965, he won the Sebring twelve hour race in the rain with flap Sharp. A big crash at the 1968 Stardust Can-Am essentially ended his career behind the wheel, although he did race a Camaro in the Trans-Am in 1970.

Three years later he returned as co-owner, with Carl Haas, of the Lola-Chevrolets which Brian Redman drove to 15 victories (in 32 races) and three consecutive championships during Formula 5()()0's final four seasons. After another year away, I{all moved into Indy Cars with another Lola, this one driven by Al Unser another Hall of Famer. In 1978, they became the only team ever to sweep the Triple Crown of 5()()-mile races at Indianapolis, Pocono and Ontario.

The next year, Hall's Chaparral 2K introduced ground effects to Indy Car racing. After running this last of the Chaparrals for several seasonswinning Indy again and the National Championship, with Johnny Rutherford in 1980Hall dropped out of racing until re-emerging for 1991 in partnership with Franz Weis and son, Jim 11, to run Indy Cars. With John Andretti driving the Hall/ VDS Lola-Chevy, they debuted in victory lane at Surfer's Paradise.Hall remains active as a car owner, having bought out both Weis and his son, and currently campaigns Pennzoil-backed Reynards for Teo Fabi in the PPG Indy Car World Series.