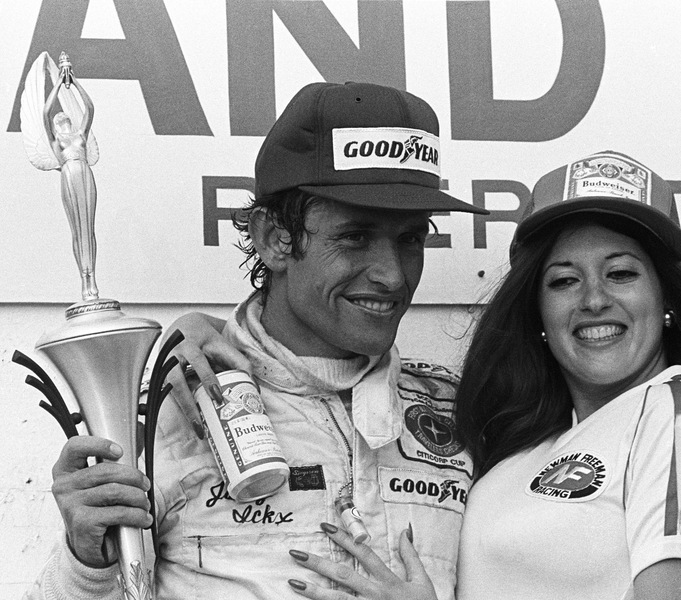 "Aside from his poet's face, it was his poise, the slow thoughtfulness that just rolled off of him..."

That was my response not long ago when asked about Jacky Ickx whom I'd interviewed, one among a dozen or so drivers, back in 1968 for a book on what makes great racers tick. Our meeting took place on the eve of Ickx's first F1 win at the French Grand Prix, and what an interview it turned out to be:

Ickx on getting hurt: "Why not? I know that I may be killed tomorrow, or next week. It's the lot of the racing driver. How do I cope with it? I only have to look and see that life and racing continue."

On learning to become a good driver: "The only way to learn is to race week after week. You get experience, you become quicker and quicker. But always by little fractions, by tenths of seconds, and at last by tenths of tenths. The last ones make all the difference..."

Qualities that make for a good driver? "This is not a simple question at all. Because being a good driver is something that exists by itself. You don't know yourself in what it consists, exactly... Furthermore, I am not yet a good Formula 1 driver. I am just knocking on the door."

The race that weekend at Rouen was not good. During practice, Jackie Oliver's Lotus lost its wing at speed, leaving the ever-jokey Oliver unhurt but white as a sheet back in the pits. The weather was off-and-on rain, sometimes torrential, which made the hilly, partly cobblestoned track anything but easy, and right after the start Jo Schlesser, who'd been recruited at the last moment to drive the new Honda that fulltime Honda driver John Surtees wouldn't touch, crashed with full tanks, killing its driver and setting off a fire that forced the other pilotes to pass through this downhill wall of flame.

Nevertheless, Ickx, who'd qualified on the pole, took the lead and kept it throughout the race, with Surtees and Jackie Stewart finishing second and third, and teammate Chris Amon at the rear of the pack even though driving the same Ferrari 312 as Ickx. To call the youngster's performance startling in this, only his sixth F1 outing, didn't come close; it was Nuvolari and Stirling Moss type stuff, the first chapter in the making of what would be, arguably, the era's most legendary rain master. Over succeeding seasons Ickx was to win some eight grands prix as well as Le Mans six times over, several of these in the wet. Here in North America his record was similarly stellar and included the 1979 Can-Am championship, and wins at the 12 Hours of Sebring (1969, 1970), Rolex 24 at Daytona (1970), Mosport 1000 kms (1984) and Watkins Glen 6 Hours (1968, 1972, 1977). Ever the experimenter, he entered the 1969 Daytona 500 in a Junior Johnson Ford, but a practice crash left him carless for the race.

Such a scorecard, coupled with the fact that Ickx has been married to the African singer and recording star Khadja Nin and is father to racer Vanina Ickx makes him a most interesting man, indeed.

Peter Manso's books include "Vrooom!! Conversations with the Grand Prix Champions" and "Faster!!" (with Jackie Stewart) as well as the standard biographies of writer Norman Mailer and Marlon Brando, and the best-selling "Ptown: Art, Sex and Money on the Outer Cape."