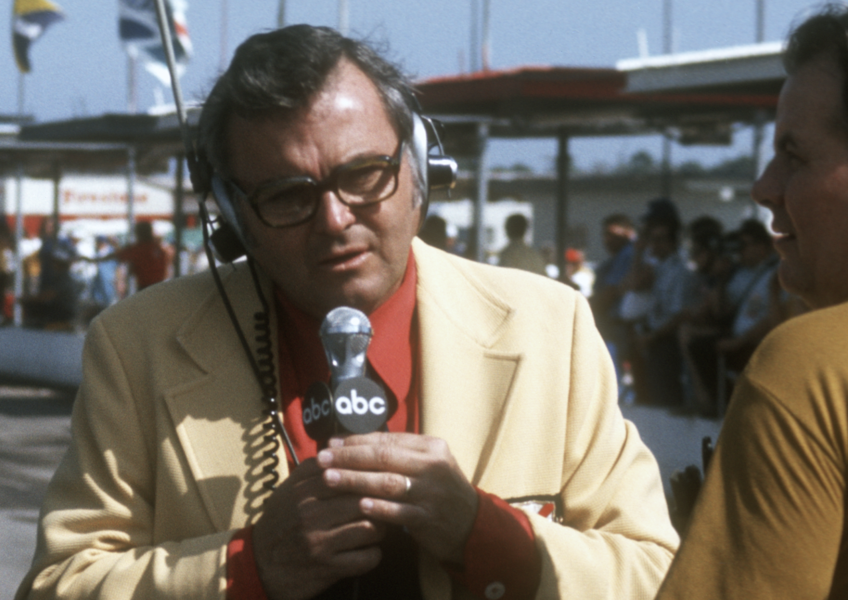 Chris Economaki's induction into the Motorsports Hall of Fame of America caps a long list of prestigious honors over the years received by this "Dean of Motorsports Journalists," and his election is especially significant since it marks the first time a journalist has been so honored.

Born Christopher Constantine Economaki in Brooklyn, New York, on October 15, 1920, Chris has been involved in racing most of his life. Today he is probably the best recognized and most respected journalist in the world of motorsports, a reputation he earned as editor and publisher of National Speed Sport News and as an award winning television commentator. He doesn't consider himself controversial but he is usually around when a story breaks -- if not before -- and is always ready, willing and able to tell the truth, whether in private conversation or on the air in front of millions of viewers. His weekly column is one of the most informative and widely-read works anywhere in motorsports journalism.

Chris saw his first race at the old Atlantic City board track when he was nine years old, and was hooked for life. By the time he was 14, he was a fixture in the racing world, hanging around the race tracks and racing's Gasoline Alley in Patterson, N.J. He knew all the cars and drivers by sight, and when the Bergen Herald daily newspaper began publishing a racing section, he sold papers in the grandstands. Later, when the National Racing News came to light as a spin-off from the Herald's racing coverage, he began writing his first by-line columns.

In the 1950's, Economaki took over as editor and later bought National Speed Sport News, and turned it into the most influential weekly motorsports publication in the country, due largely to the highly informative column he writes every week. As a respected reporter, his sources are virtually boundless, and he enjoys first-name friendships within the entire automotive and racing world.

Though a near-fanatic race fan, Chris never had the desire to drive competitively. He once drove a midget on a dirt track in Pennsylvania but "It wasn't for me," he said, "It was really a frightening experience."

In addition to his journalistic talent, Chris was one of the most popular track announcers in the 1950s, bringing his own brand of infectious enthusiasm, with a sprinkle of humor, to the job. The fans loved it, and his style soon caught the eye of ABC Television executives when the network began major coverage of motorsports on its Wide World of Sports Show and special telecasts of the Indianapolis 500.

During his tenure with ABC, he covered the world's major auto racing events including the Grand Prix races in Europe, the LeMans 24-Hour Grand Prix of Endurance, the Indianapolis 500, the Daytona 500, and every kind of race from Indy Cars to sprint cars, stock cars, Can-Am and drag races.

In 1984 Chris joined CBS and worked on the live telecast of the Daytona 500 and the Detroit Grand Prix as well as the network's coverage of the IROC series. He also was a weekly contributor to ESPN's live coverage of the Formula 1 series, an honor he considers to be a real feather in his cap.

Over the years, Chris has been the recipient of many awards, including the Patrick Jacquemart, Ray Marquette, Dave Fritzlen, Tom Marchese and Ken Purdy Awards for his work. He also received NASCAR's Award of Excellence which was presented to him by Bill France Jr. at the 1990 Awards Banquet at the Waldorf Astoria in New York City.

The son of a Greek father and a mother who was a great-niece of Robert E. Lee, Chris makes his home in Ridgewood, N.J. where he grew up and married his wife, Tommye. They have two daughters, Christine and Corinne.

Economaki passed away in 2012.