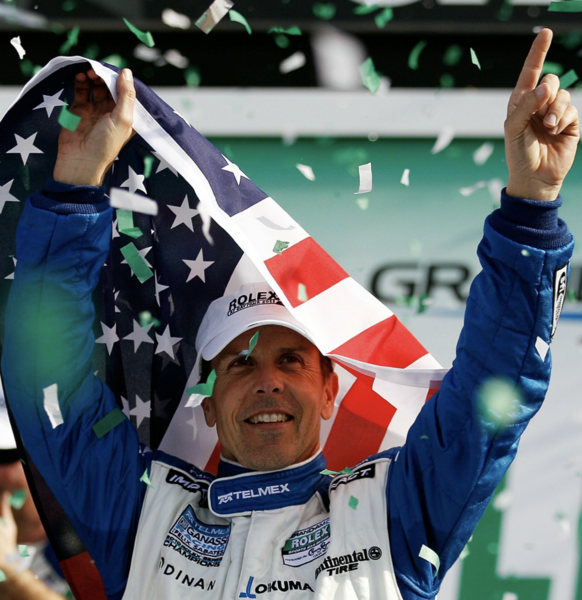 Pruett is one of North America’s most successful and versatile race drivers, with multiple wins and championships in karting, Trans-Am and Grand-Am racing, as well as victories in IMSA and CART, plus starts in NASCAR. In 2014 he drove the No. 01 Telmex Chip Ganassi Racing with Felix Sabates Riley-Ford in the Tudor United SportsCar Championship, along with co-driver Memo Rojas. With five Rolex 24 wins, (1994, 2007, 2008, 2011, 2013), Pruett is tied with Hurley Haywood for the all-time record. Born March 24, 1960 in Roseville, California, Pruett currently lives near Sacramento where he and his wife Judy have established a vineyard with three of their wines named for their three children, namely Lucky Loren Red for his oldest daughter, Taylor’s Reserve Syrah for his younger daughter, and CSP Estate Syrah for son Cameron Scott Pruett