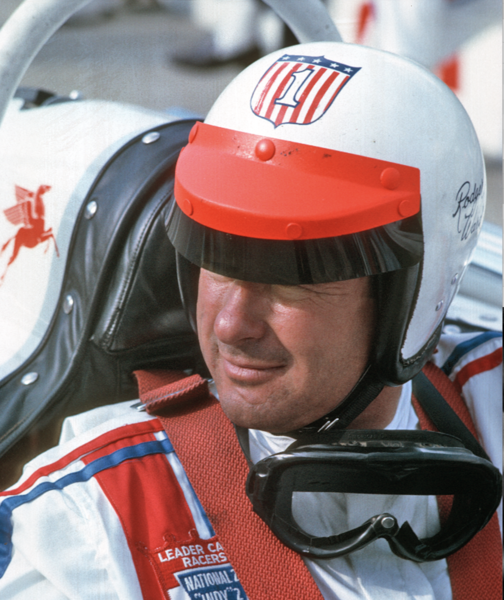 Ward's career began with the 1951 AAA Stock Car Championship, having gained considerable notoriety the previous year by winning a AAA Midget race at the famed Gilmore Stadium h1 Los Angeles driving a Ford V-8-60-powered car against a full field of Offenhausers. His National Championship racing career would eventually include 26 victories, beginning with the 100-mile race at the Illinois State Fairgrounds in Springfield in 1953 and ending with his next-to-last start, in a rain-shortened 102-mile event at the New Jersey State Fairgrounds in Trenton in 1966.

Throughout his career, Rodger demonstrated his skills in some original ways. In 1960, for example, after proving his skills as a sports car driver, he turned in an amazing performance in a USAC Sports Car Race at Lime Rock Park in Connecticut. He won the race, driving a Midget! Seven years earlier, in 1953, he scored one of the more bizarre victories in the history of Championship racing at the Michigan State Fairgrounds in Detroit. He was leading the race at 51 miles when the race was stopped due to deteriorating track conditions. After a brief delay and drivers' meeting, the race was resumed. Ward dropped out with mechanical problems prior to a second red flag, which came out at 73 miles when an accident occurred on the backstretch. Sam Hanks was now the leader, but it was decided that due to the poor track conditions after the restart, the payoff would be made based on the running order at 51 miles, leaving Rodger the winner, despite the fact he had been forced out of the race and watched the final laps from the pits!

Ward was notably successful at the famed Milwaukee Mile where he scored seven Champ car wins. He also won a pair of "Hoosier Hundreds" at the Indiana State Fairgrounds (1959 and 1963) and won Champ car races on eight different dirt ovals.

Ward retired the day after the 1966 Indianapolis 500 and later served as public relations director for the now-defunct Ontario Motor Speedway in California. He was also very active as a television commentator and was the "driver expert" for the Indianapolis Motor Speedway Radio Network for several years.