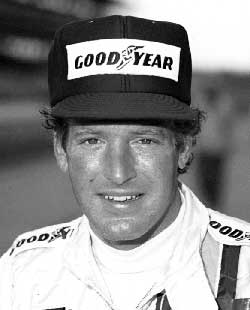 If cool, competent and collected Hurley Haywood didn't exist, Hollywood would surely invent him. Handsome and articulate, Haywood brings a glamour and panache to the world of racing matched by few other drivers past or present. It's one reason why he has often appeared in ads for upscale products like Rolex, and in Porsche television productions. His communications skills helped land him the title of chief driving instructor at the Porsche Driving Experience, the company's driving school for owners.

And this is to say nothing of Haywood's actual achievements on the race track. Perhaps the world's most accomplished endurance-racing driver, Hurley has amassed an astounding number of wins in this most intense form of motorsport - five overall victories at the Rolex 24 Hours at Daytona, three at the 24 Hours of Le Mans, and two at the 12 Hours of Sebring. He also has the 1988 Trans-Am title to his credit, as well as two IMSA GT championship, three Norelco Cup championships, a SuperCar title and 18 IndyCar starts He was the fastest rookie at the Indy 500 in 1991.

In his own words, from an interview on motorsport.com, here's how Haywood got started.

"In 1968, I was in college down in Florida and I had a very fast Corvette that I took to local autocrosses," he said. "I was pretty much unbeatable. One weekend I was in an autocross in Jacksonville. Peter Gregg, who I had no idea who he was, arrived with his big transporter and his race car to test something he was going to use in a race the following weekend. And everybody was moaning and groaning and saying it was unfair that he should be there. To make a long story short, I beat him in the competition. After the day was over he came up to me and said, ´You have to be pretty good to beat me!'"

That began a friendship that propelled Haywood into the world of major league racing.

"Peter helped me order my first racecar and when it arrived, he said he would teach me how to drive it," Haywood recalled. "We went up to Roebling Road in Savannah and after the day was over I was quicker than he was. He hired me right there on the spot."

Their first race together was in 1969 at Watkins Glen in 1969. After winning the GT class at that first race, beating all the Corvettes in a 911S, Haywood was drafted into the military and shipped off to Vietnam. When he returned, he won the 1971 and 1972 GT championships.

Throughout the 1970s and 1980s, he mainly drove Porsches. The only time he didn't was in 1984. Haywood had broken his leg very badly in August 1983 at Mosport in a 935. In January of 1984, he was back in a car but his leg was so injured that he couldn't push the clutch. Jaguar called with the news that it had a car with a Heland gearbox, which didn't require a clutch. So, Haywood drove for Jaguar for two years in the GTP XJR-7.