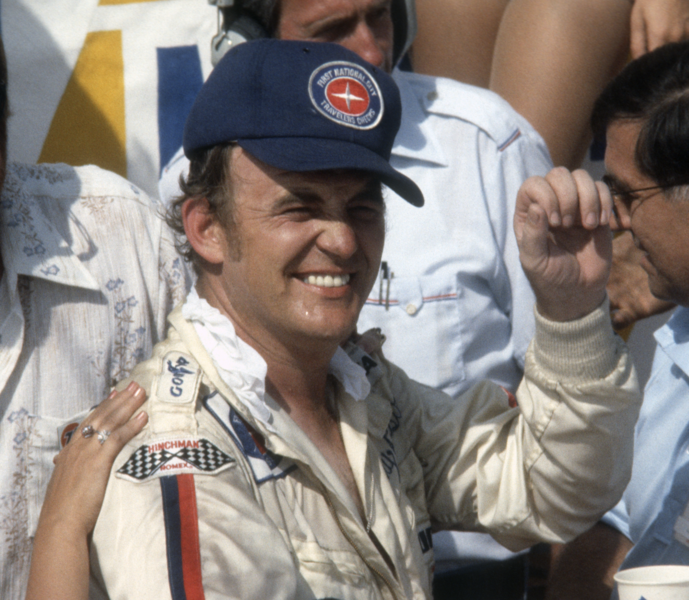 "I imagine this is what the End Of Time sky will look like," someone said.

Lightning bolts blazed in the distance.

There also was great electricity on the track.

Benny Parsons and Darrell Waltrip were locked in an exciting, tense battle for victory in a race then known as the World 600.

The lead see-sawed, it seemed, almost every time around the 1.5-mile layout between the two drivers, who were two laps ahead of their nearest challenger.

Parsons managed to pull ahead on the 399th of the 400 laps and then held off Waltrip by half a car-length to triumph in what many observers rate the most thrilling finish in the history of the Charlotte track, which dates to 1960.

That victory, plus the 20 others he scored at NASCAR's top level in a two-decade career, have earned 1973 Winston Cup Series champion Benny Parsons induction into the Motorsports Hall Of Fame of America.

NASCAR's roster of drivers is replete with relative rags-to-riches stories. Few are more compelling than that of Benny Parsons.

Benny grew up far back in the Blue Ridge Mountains of North Carolina in a beautiful, remote cove known as Parsonsville.

He lived in a log home with his great-grandmother, helping the elderly lady with her chores. Benny's parents had moved to Detroit for work following World War II, but he stayed behind to attend Millers Creek High School, where he played football.

Another sport he loved was stock car racing, and Benny seldom missed watching from the grandstand when the NASCAR stars competed at the local track, North Wilkesboro Speedway.

After graduating from high school, Benny joined his parents in Detroit, where his father operated a cab company. Benny began working at a service station. One night some fellows towing a race car behind a pickup truck stopped at the station for fuel en route to an area short track. They invited Benny to come along and he climbed into the bed of the pickup. When the regular driver didn't show up, Benny took the wheel of the race car that night.

Thus began a driving career that was to produce that Winston Cup championship in '73, one of the sport's most memorable.

Parsons crashed early in the season-finale at N.C. Motor Speedway at Rockingham, much to the dismay of a very partisan crowd. At that time Benny lived at nearby Ellerbe, N.C., where he was president of the local school's Parent-Teachers Association.

In a remarkable development, members of other teams rallied to help make repairs and get Parsons' badly damaged car rolling again so that he could amass enough points to win the title. He was able to complete 308 of the race's 500 laps, finished 25th and edged Cale Yarborough by 67 points.

That rivals came to his rescue is a measure of the respect that the personable Parsons, now 64, has commanded throughout his racing career.

Benny never rated himself a strong qualifier, but he was fastest in time trials 20 times. And among his notable achievments is becoming the first NASCAR driver to officially qualify in excess of 200 mph when he hit 200.176 at Talladega Superspeedway in 1982, taking the pole for the Winston 500.

After his retirement as a driver in 1989, Benny became a member of ESPN's NASCAR telecast team and won an Emmy for his prowess as an analyst. He now provides expert commentary on NBC's NASCAR telecasts.

In looking back on a wonderful driving career, Benny Parsons touchingly rates among his favorite accomplishments a short track triumph in 1979. That win came in the Holly Farms 400 at little North Wilkesboro Speedway, only 15 miles or so from that old log home at Parsonsville.