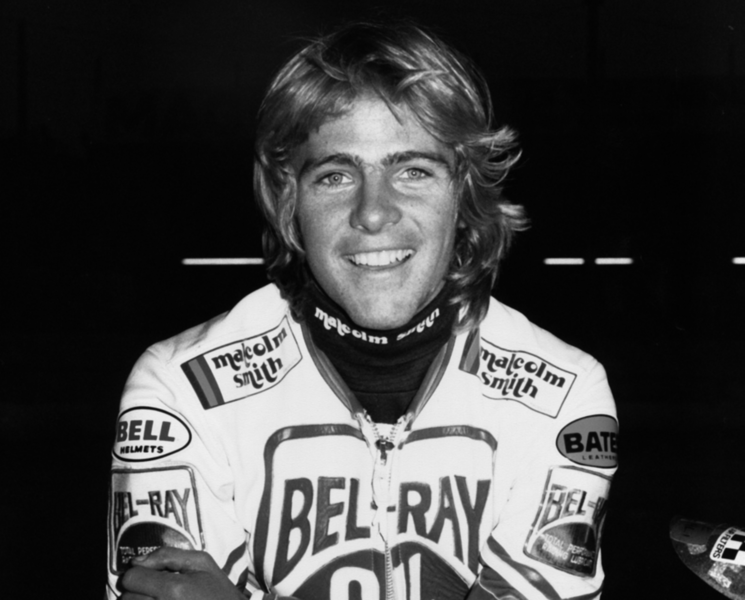 To be a World Speedway Champion, you compete against the world's best, from every quadrant of the globe. In fact, before Bruce Penhall accomplished it for the first time in 1981, only one other American had ever reached this planetary plateau – in 1937 – when Jack Milne brought America its first ever motorsports World Championship title. Not just a motorcycle world championship title, but the first ever American Motorsports World Champion title.

Bruce first raced a Speedway bike when he was 16 at Irwindale Raceway in Southern California. From the very start, he quickly made a name for himself, twice finishing in the top three positions of the U.S. National Championships. During the 1978 season, he was signed by the top professional racing team, the Cradley Heath Heathens. In July, he took over as club captain and hit his first Heathens maximum, and by the end of the year he had achieved a season average of over 9.00 points per match. That's like a batting average of .600 in baseball. He won the Master of Speedway competition in Europe in '79, as well as becoming the first American holder of the Golden Helmet match race championship. In addition to more cup victories, by 1980 he was named SWAPA Overseas Rider of the Year and had captured the AMA American National Championship.

The 1981 season was Penhall's all conquering year. At the World Final at Wembley Stadium in London, 92,000 people witnessed Bruce beat Ole Olsen and then Tommy Knutsen, on the outside by inches, in what are known as two of the greatest heat races in World Championship history.

Aside from his World Final success, Penhall partnered with good friend Bobby Schwartz to win the World Pairs Championship. In the same year he led Cradley to a first ever league title victory. After a clean sweep of all the SWAPA personality awards, there was even recognition from the White House, with a special citation from President Ronald Reagan.

In 1982, he was Captain of the winning World Team Cup for the USA. Then his one last speedway ambition was achieved – back-to-back World Individual Championship titles on his home soil in America. As Bruce took the podium at the L.A. Coliseum, he told a stunned crowd that they had seen his last race and then quite apropos he said "Well....that's a wrap!"

72 hours after making history in racing, Penhall stepped on to the MGM lot and began filming a starring role in the NBC prime time hit "CHiPs." By the first five episodes, NBC and MGM announced that he would co-star opposite Erik Estrada in the final year of this world-wide television phenomenon. Andy Sidaris, of ABC's Wide World of Sports, began making motion pictures and hired Bruce to star in six movies in the early '90's. He also appeared in "On Any Sunday II" and TV episodes of "Growing Pains," "The Love Boat" and numerous appearances on Betty White's show, "Just Men."

Bruce has been married to his wife Laurie for 26 years and has 4 children – Devin, Ryan, McKenzie, and Connor. Regardless of his extraordinary triumphs in competition, Penhall believes that his family has and always will be the biggest accomplishment of his life.