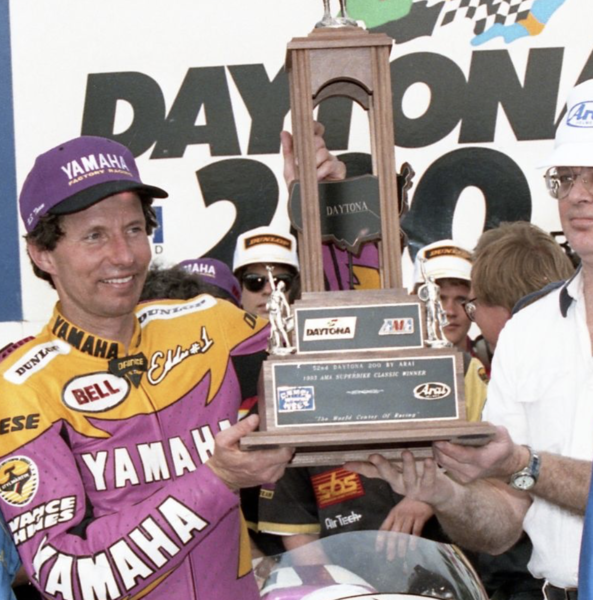 If the adage "born to race" needs to be proven, one only has to look at the life and career of Eddie Lawson.

To keep Eddie occupied while they competed in desert racing, his father and grandfather gave him a mini bike to ride in the pits. What followed was a victory-filled career that culminated in four world championships in the most difficult and prestigious form of motorcycle racing.

In 1983, after only three years of road race competition, Lawson attracted the interest of Marlboro Yamaha who convinced him to go to Europe to run on the World Grand Prix circuit.

He spent the first year learning the machines and the tracks of the world GP circuit and managed a fourth place in the championship standings. The next year, 1984, he won the championship. He was second in 1985, and won his second title in 1986. In 1987 he was third, and won a third world championship in 1988. In 1989, riding for Honda, Eddie won again becoming the first rider in GP history to win back-to-back titles on different motorcycle brands.

In 1993 Yamaha asked him to race one more time - at Daytona - and he won the biggest race in America for the second time in his career.