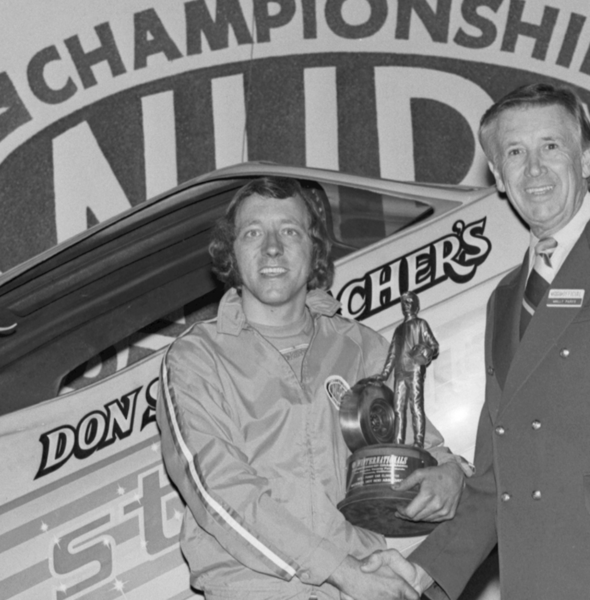 Five decades ago drag racing was a very different endeavor. Much of it was, shall we say, unprofessional. While other forms of motorsports enjoyed more acceptance, drag racers reveled in their "otherness." Competitors like Don Schumacher were about to change that despite not purposely setting out to do so.

When Schumacher debuted his Stardust Dodge in the mid-1960s (penned by Hall of Famer John Buttera), it joined an impressive troupe of Windy City-based Funny Cars that included the likes of the Mr. Norm's Grand-Spaulding Dodge Coronet and the Plymouth driven by Pat Minick that would morph into the Chi-Town Hustler. While other areas were considered Funny Car territory, it was actually Chicagoland where most of the action was taking place, with Schumacher at the forefront of this performance explosion — 333.

With match race offers pouring in after he won the 1970 NHRA U.S. Nationals, Schumacher expanded his fleet to three new Barracudas. While he drove the yellow version of Stardust, Memphian Bobby Rowe was tabbed to drive the red incarnation and future Hall of Famer Raymond Beadle the blue version.

One winter morning in 1973 the team gathered at Orange County International Raceway in California for a cover shoot for Car Craft Magazine. It never made the newsstands because, during the ensuing weeks, Schumacher signed one of the first major non-automotive sponsorships in drag racing, with Wonder Bread. It was the kind of expansion into the business world that would serve Schumacher well in the coming years.

Four years after winning the Nationals, Schumacher decided to step away to devote more time to his family and Schumacher Electric Corporation, the firm founded by his father. What he may have envisioned as a permanent retirement lasted 23 years. When son Tony began competing in Top Fuel with the Peek Brothers, he began to take a more active hand in things.

"A more active hand" became a massive drag racing operation the likes of which had never before been seen (333). The team facilities in Brownsburg, Indiana is more showplace than race shop. The number of full time employees rivals that of other major forms of motorsports, and the drivers, well, they're among the best to have ever raced from here to there. From Tony's championship-dominating Army-backed Top Fuel car to Antron Brown's Matco Tools Eagle championship-winning dragster to Leah Pritchett's event-conquering machine to the Dodge Funny Cars driven by winners Matt Hagan, Jack Beckman, Ron Capps and Tommy Johnson, Jr. And let's not forget the Factory Stock Dodges driven by Ms. Pritchett (the 2018 titlist) and former Pro Stock handler Mark Pawuk.

So, here's where we are — at that 333 number. That's the unmatched number of NHRA national events won by DSR entries. Think about one team reaching the winner's circle 333 times — and then include another number — 17. That's the number of NHRA championships Schumacher's teams have brought home through 2018. Records may be destined to be broken, but in reality, these unparalleled accomplishments might not even be approached before the last drag race is run. When that happens we fully expect Don Schumacher's name to still be atop the all-time team winners list.