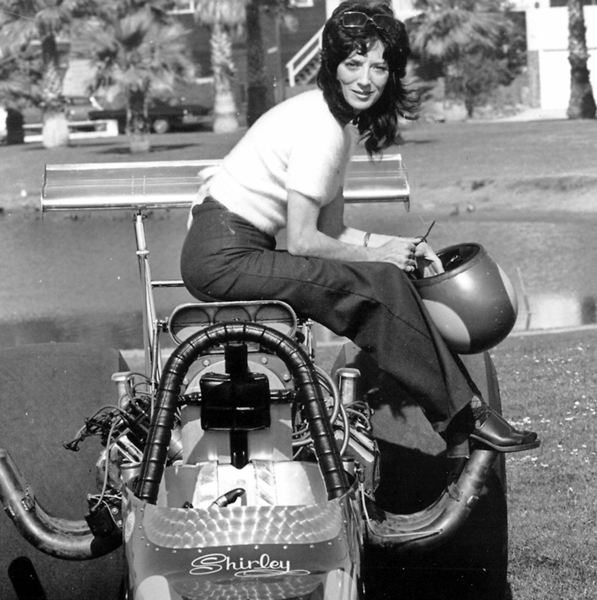 No one has changed the world of drag racing as has Shirley Muldowney. She broke the gender barrier, withstood discrimination, hostility and an almost-fatal bone shattering 250 mph crash. Despite it all, Muldowney, competing in drag racing's ultimate category, Top Fuel, has achieved 18 National Championship wins and 9 runner-up positions. She's reached the final round 27 times (or once in every five starts), and has led Top Fuel qualifying 13 times in her 18-year career.

You would think that as a senior member of the National Hot Rod Association tour, having been named five times by the press to the Auto Racing All-America Team, having had her career documented in a feature length movie, "Heart Like a Wheel," and having made her name one of the most recognizable in the sport, Muldowney might have slowed down. But such is not the case.

Her reign as Queen of drag racing was temporarily interrupted in 1984 in a crash that left her near death, suffering from broken bones in all 10 fingers, a broken pelvis and mangled legs. She endured major surgery five times, then pushed herself through 18 months of rehabilitation, just to get back behind the wheel of a 280 mph race car.

Despite her lengthy convalescence, Muldowney never showed signs of apprehension when she climbed back behind the wheel. In fact, she finished in the Top 10 in Winston points for several years before trimming back on her racing schedule.

Shirley retains her place with the best in the business as elapsed times have shattered the five second barrier. In 1989, she joined the elite four-second club with a 4.974 elapsed time at the Keystone Nationals. She immediately went on to become the first driver to post sub-five second runs in three consecutive national events.

The only woman ever to have won the Labor Day NHRA U.S. Nationals, the sport's premier event, Shirley has made a career of defying the odds.