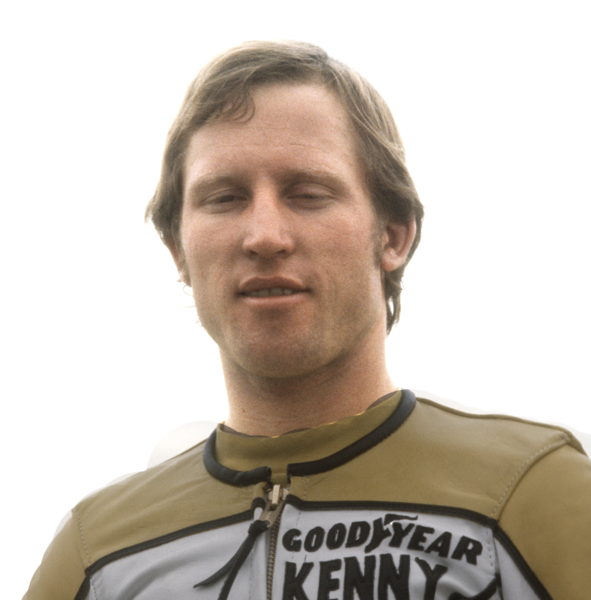 Grand Prix motorcycle racing was a sport Europeans once had a lock on. That is, until Kenny Roberts came along. Roberts had a knack of rewriting the record books while demonstrating his mastery of 2-wheel racing.

In only his second race as an Expert pro, Roberts finished first. And he never looked back. In 1973, he won the American Motorcycle Association Grand National Championship - the youngest rider ever to do so. The following year, he did it all again.

But it was in 1978 that Roberts won world attention. The place was Europe and Roberts was a rookie on the 500cc World Grand Prix road racing trail. Aboard a Yamaha YZR500, he dusted off the world's best riders, resulting in the first 500cc World Championship ever won by an American. True to form, Roberts went on to win an unprecedented three consecutive World Championships.

But Roberts' list of achievements didn't stop there. The Daytona 200 - considered the Indy 500 of motorcycling - saw him in victory circle three times (1978, '83, '84). And to prove he was a champion in all forms of motorcycle competition, Roberts took top honors twice in motorcycle racing's Grand Slam - the five forms of racing on the Grand National calendar, including road racing, mile oval, half-mile oval, short track oval and TT scrambles. While only two other riders have ever completed the Grand Slam once in their respective careers, Roberts accomplished his first Grand Slam in a single season.

When Kenny retired from active competition, his career record stood at 32 American Motorcyclist Association victories and 22 World Grand Prix wins. And while he may have been out of the saddle, he wasn't out of motorcycling. Roberts immediately opened shop as a race team owner, and continued his winning ways.