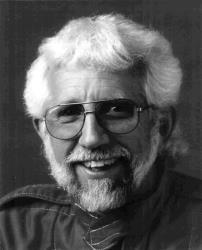 But Vesco's dream of going 500 mph was interrupted by the only battle he ever lost, the one to cancer that took his life at the age of 62 in 2002.

Initially, Vesco wanted to go 200 mph at the Salt Flats. And back then he was a motorcyclist, through and through. So the Yamaha dealer from El Cajon, California, built a streamliner, powered first by Yamahas then by Kawasakis, the skinny contraptions propelling him to speeds well over 200 mph. In 1970, he became the first to crack the 250 mph barrier on a motorcycle, and in 1974 he upped that to 281.702 mph. In 1975, Vesco stormed down the Salt Flats at 303.928 mph in his Yamaha Silverbird, the first motorcycle to go over 300 mph. Then, in 1978, he put it to rest with a run of 333.117 mph in the Kawasaki-powered Lightening Bolt 1. Vesco would end up holding the motorcycle record at Bonneville for 19 years.

By then a new goal had surfaced. It was time to go to four wheels. And 400 mph. In 1996, Vesco and his brother, Rick, started testing a new turbine-powered streamliner at the Salt Flats. Two wheels had become four wheels and what was to become known as "The Turbinator" took to the salt with Don Vesco at the controls. The result, in 1999, was 427 mph.

Two years later, Vesco set a new international wheel-driven land speed record with the Turbinator, his 458.44 mph mark breaking the long-held record of Englishman Donald Campbell. Remarkably, Vesco did that 458 mph run while peering through one eye, the sight in his right eye gone -he result of an accident while spectating at a sprint car race. A rock had flown from the wheels of a racecar, striking Vesco, but was just another little obstacle to overcome and it wouldn't get in the way of his constant pursuit of speed.

Prior to becoming a land-speed legend, Vesco honed his skills first as a teenaged drag racer in his native San Diego, California, then as a motorcycle road racer, a career that was highlighted by victory in 1963 at Daytona International Speedway in the U.S. Grand Prix.

Vesco's road racing career led to a career as a tuner and a sponsor, a man who provided many a young rider with the opportunity to pursue their dreams, especially if those dreams revolved around racing motorcycles. Vesco, through his little shop in El Cajon, sponsored many a racer – from the unknown local motocrosser or desert racer to the likes of road racers such as 250cc World Champion Kel Carruthers and AMA Grand National Champion Gene Romero.

Vesco never reached the magic mark of 500 mph, but it was only because he never got that final opportunity to attack the Bonneville Salt Flats one last time. Would he, his dedicated crew, still led by brother Rick, and the Turbinator have pulled it off? We'll never know. But it matters not at this point because Vesco and Bonneville will be forever linked - the King and his Salt Castle.