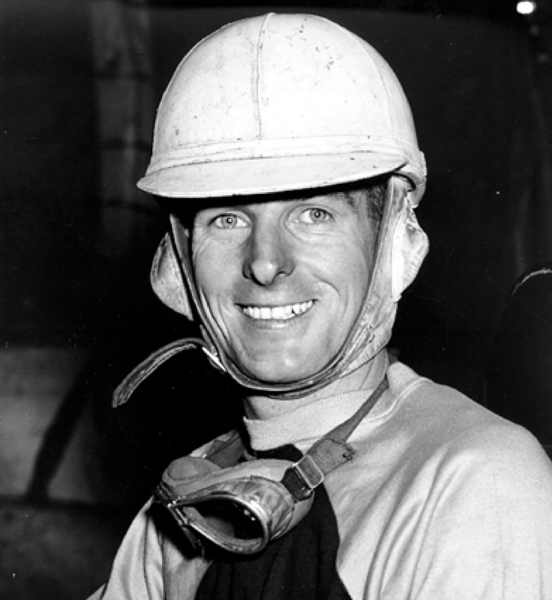 In 1957 George Salih offered Sam the chance to drive his radically new race car with the Offenhauser engine mounted on its side with the cylinders in a transverse lateral plane, and a low silhouette. Sam was thrilled with the offer and qualified 13th and moved up to fourth position by the 12th lap. After a battle with Paul Russo's Novi where it was Novi power vs Salih handling, Sam took control by lap 40 and went on to win at a new record speed of 135.601mph. Immediately after bringing the car to Victory Lane, Sam announced his retirement from driving. It wasn't his actual last race as he honored a promise to compete in a California stock car race. That race turned into a Sam Hanks appreciation event!

Sam's retirement from driving did not preclude his participation in racing, serving as the Director of Competition at the Indianapolis Motor Speedway from 1958 through 1979 and as a consultant to numerous companies. Sam enjoyed his active retirement in Pacific Palisades with his lovely wife Alice.

Sam Hanks will be remembered as a fair but determined racer; recognized, respected and admired as a true sportsman. The 'Great' Starter gave the final checkered flag to Sam Hanks on June 27, 1994.