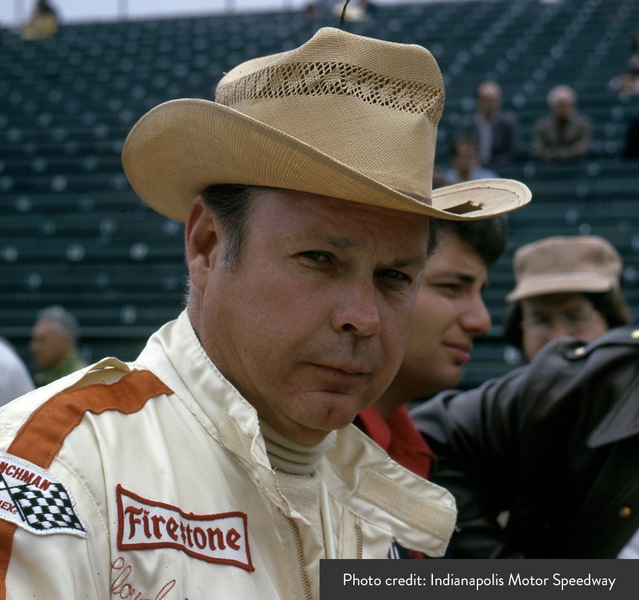 Lloyd Ruby won his share of races throughout a lengthy and diverse career.

Yet he will always be remembered for the ones that got away.

But he certainly had bad luck, bad enough that almost every time people start talking about hard luck stories at the Brickyard, attention eventually turns to Ruby.

"The only thing he ever lacked in life was winning the Indianapolis 500," recalled rival racer Al Unser. "He was a great, strong competitor."

‘Ol Rube led the Indy 500 in 1966, ‘68, ‘69 and '70 and came away with nothing more than a fifth place finish after leading a race-high 68 laps in ‘66. His 1967 race ended almost before it started, with just three laps completed before his car's Offenhauser engine dropped a valve.

His most famous Indianapolis moment occurred in 1969. Pitting from the lead for what was scheduled to be his final stop, Ruby was waved out before the fuel hose was disconnected. The chassis coupling broke, flooding the pit lane with methanol and leaving Ruby to once again wonder what might have been.

"I just don't believe Lady Luck ever rides with me at this place," he told a television interviewer at the time. Many years later he added, "This one hurt more than any of them."

But there was so much more to Lloyd Ruby than heartbreak at Indianapolis. For starters, he won seven USAC-sanctioned IndyCar races, including three at the Milwaukee Mile. He made his name in motorcycles and midgets, but transformed himself into a talented road racer, teaming with 2001 Motorsports Hall of Fame of America inductee Ken Miles to pilot factory Fords to major victories at the 1966 Daytona 24 Hours and Sebring 12 Hours.

Ruby was 38 years old in 1966, and it was arguably the peak of his career. But he missed out on becoming the only driver to win Daytona, Sebring and the 24 Hours of Le Mans in the same year after injuries sustained in a light plane crash kept him from competing in the French classic. Miles and Denny Hulme dominated the race, but finished second by a matter of a meters as a consequence of Ford's "arranged" finish.

"When I'm looking for a guy to win races day in and day out – long distance sports car races or Indy-type races – there's nobody in the world I'd pick over Lloyd Ruby," said Ford team manager Carroll Shelby in a 1967 interview.

Ruby's hard-charging style on the track was at odds with his off-track persona. His Texas roots were revealed by a slow drawl and an unhurried manner that often caught his opponents by surprise when the helmet and goggles went on. He was also a notorious prankster.

"You figured there was no way this laid-back guy could be a driver," recounted racing legend Mario Andretti. "But when he was in a race car, he was a ball of fire."