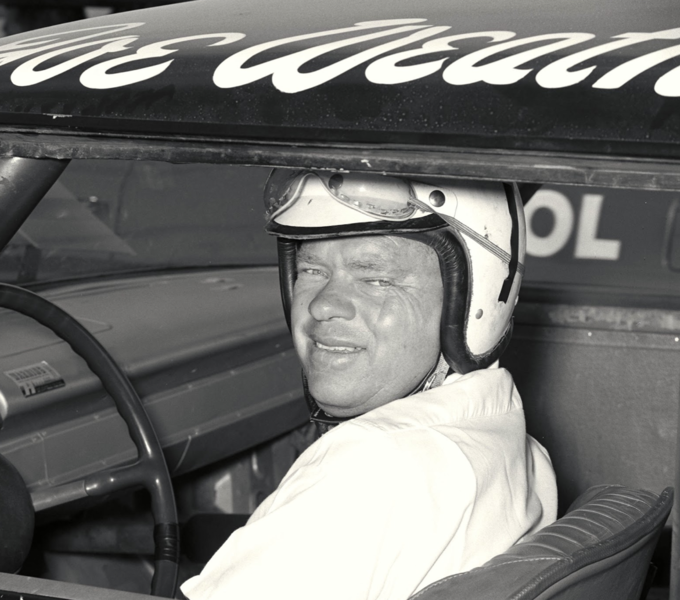 One of the complaints about today's batch of drivers on the NASCAR Sprint Cup Series is that there are no "characters" among them.

No one could have made that comment about "Little Joe" Weatherly -- otherwise known as the "Clown Prince of Automobile Racing."

Weatherly loved playing jokes on his fellow competitors as well as many a NASCAR official. He enjoyed doing things that would shake up the establishment. An example of this was the day he donned a Peter Pan suit and took a few spins around the track.

Weatherly also enjoyed the night life. He and buddy Curtis Turner started many a party in the wee hours of the morning after leaving the scene of another party.

But while Weatherly loved to have a good time and living up to his title as Clown Prince, when he climbed behind the wheel he was dead serious about winning. And that is why he was named one of the 50 Greatest Drivers by NASCAR during its celebration of its first 50 years of racing.

After serving in World War II, Weatherly returned home to Norfolk, Va. and began racing motorcycles. Between 1946 and 1950, he won three American Motorcycle Association (AMA) championships. In 1998, he was inducted into the AMA Motorcycle Hall of Fame.

Weatherly began stock car racing in 1950. He won the first modified event that he entered.

Weatherly captured the first of two straight NASCAR Modified Championships in 1952 as he again won 49 of the 83 races he entered. Weatherly won 52 more races while winning another title in '53.

His first Grand National victory came in 1958 in the Nashville 200. After a winless '59, Weatherly won three races in 1960 and nine more in '61 when he was named NASCAR's Most Popular Driver.

In 1962, Weatherly began racing for Bud Moore. It was a championship connection as Weatherly won the NASCAR Grand National (Sprint Cup) title in both '62 and '63, winning nine races in '62 and three in '63.

In the first four races of the 1964 campaign, Weatherly had two top-5's and three top-10's as he sought his third consecutive championship. But tragedy struck on Jan. 19 when he was killed in a racing accident at Riverside (Calif.) International Raceway.

Weatherly ended his Hall of Fame career with 25 Cup victories and 18 poles in 230 starts. He finished in the top 10 on 153 occasions.