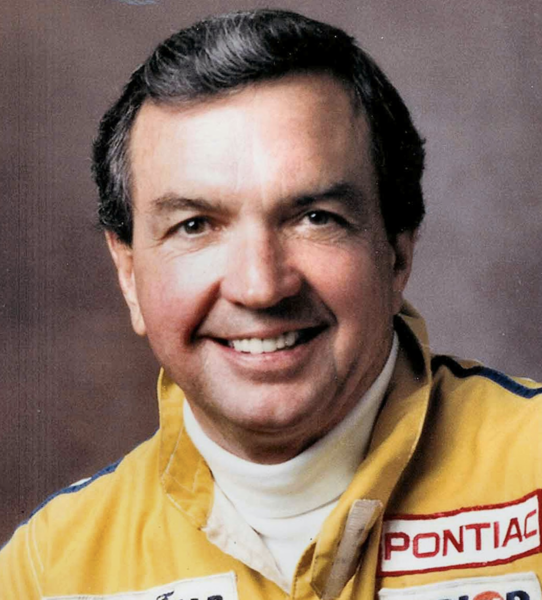 Trying to capsule Hershel McGriff's stock car racing career into 500 words is like trying to put the genie back in the bottle. It can't be done and do justice to the personable stock car racing veteran from Green Valley, Ariz., by way of Bridal Veil, Ore.

McGriff won only four races, all in 1954, in what is now the premier Nextel Cup series, yet was named one of NASCAR's 50 greatest drivers. He won his first race in 1946 driving a Ford coupe at Portland Speedway. He won his last one in 1989, a Winston West main event at Mesa Marin Speedway in Bakersfield, Calif. where he became the oldest driver to win a major NASCAR series race. He was 61 years and four months old.

Nearly 40 years earlier, he accomplished one of motor racing's most amazing feats. The 22-year-old McGriff took time off from his Oregon lumber business to take a 1959 Oldsmobile Rocket 88 from the showroom, drive it to Juarez, Mexico, and with co-driver Ray Elliott won the first Carrera Panamerica, a 2,135-mile, six-day race the length of Mexico. When he reached El Ocotal, near the Guatemala border, he was the winner by 76 seconds.

"The car was just like it was driven from the factory," he said. "About all we did was take out the back seat, put a second gas tank in the trunk and stuff four spare tires behind the seats."

Then he drove the Olds back to Portland, washed it off, put on some new tires and drove it to Darlington, S.C., where he and the same Olds finished ninth in the first Southern 500. The next day he tore the tape off the headlights and drove home to Portland.

Between that and his final race in 2002, McGriff became a legend on the West Coast by winning 14 races at Riverside International Raceway, more than any other driver at that famous Southern California road circuit. He was the Winston West series champion in 1986, but his best year was 1972 when he won a record 12 races although Ray Elder won the championship.

McGriff retired in 2002 after driving in a Winston West race at California Speedway. In typical McGriff style, he made no big deal of it. He simply pulled off the track, climbed out of car and told his wife, Sherrie, and friends that this was it.

"I still have the car here at work just like it came off the speedway that day," McGriff said from Green Valley, where is involved in a project to develop 9,000 acres of former copper mining land into a real estate development between Tucson and the Mexican border. "I have not had any real urge to get back in it. The only time it runs is when I let my friends drive the car down our private road."

One of the most charismatic personalities in NASCAR history-he was voted the most popular driver in the Winston West series for 12 consecutive seasons from 1981 to 1992-McGriff has a word of warning for today's crop of drivers.

Don't bet against him.