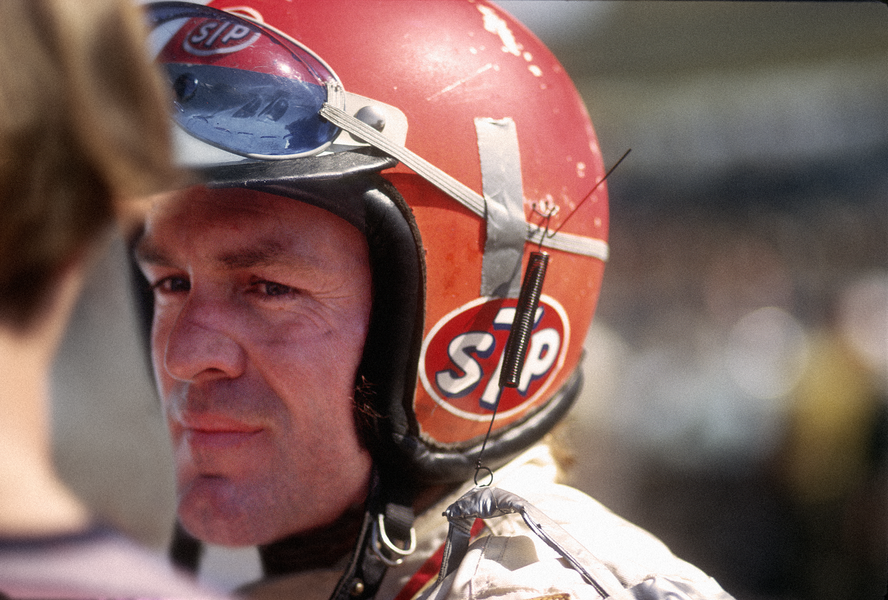 Fred Lorenzen was the first Winston Cup driver to shatter the popular stereotype of stock car drivers as "good ol' boys" of native-born southern heritage. A handsome and articulate man from Elmhurst, Illinois, Lorenzen spent summer nights during his childhood camped under the stars listening to radio coverage of races like the Southern 500 and dreaming of the chance to drive against the legends who battled for glory at Darlington. Little did he know that one day he'd not only be driving against such big names in the sport, but that he'd be passing them on his way to victory lane.

Born on December 30, 1934, Lorenzen's first races were for bragging rights on local roads against area hotrodders in a 1952 Oldsmobile. His talent obvious, he entered NASCAR competition in 1956, making seven starts and a grand total of $250. This attempt was short-lived, however, and he moved over to drive USAC stock cars where he won championships in 1958 and 1959 before forming a NASCAR team in 1960. His second attempt at NASCAR resulted in ten races, including a solid run late in the year at Atlanta.... a run that caught the eye of Ralph Moody, the partner of John Holman and half of perhaps the greatest car building team in NASCAR history.

His good showing at Atlanta resulted in a Christmas Eve telephone call from Moody who wanted Fred to drive his race cars in 1961. For the first time, he was pitted in top-notch equipment against such legends as Curtis Turner, Fireball Roberts, and Junior Johnson. Though his Holman and Moody debut resulted in a wreck and a 33rd-place finish, Fred Lorenzen was en route to a stellar career as one of NASCAR's brightest new stars. As he once said to the media, "Ford and Holman-Moody made me."

Ford's "Golden Boy" during the1960s heyday of NASCAR, he was one of its first "modern" drivers: a media-savvy and charming Midwesterner who turned his lead foot and good looks into a successful racing career. By 1967, however, Lorenzen was ready to call it quits. His goal was to go out while still on top of his game, so he stepped down from his Holman-Moody ride and decided to enjoy life. By the time he retired, Fred Lorenzen's record totaled 26 victories, including a win in the 1965 Daytona 500.

Wheeling an assortment of Dodges, Plymouths and Fords for owners that included Hall of Famers Junior Johnson and the Wood Brothers, he tried a comeback in the 1970s. After a season ending, near fatal crash at Darlington in 1971, Lorenzen closed out his career driving a limited number of events for Hoss Ellington in 1972.

Over a sixteen-year span, Fred Lorenzen redefined the image of the stock car driver. His personality, good looks, charming nature, and business skills set the stage for today's stars. Lorenzen was the first to break the mould and show fans that winning stock car drivers were more than country boys out of the American Southeast. Fred drove with class, talent, and courage, and his impact on the sport will always be part of NASCAR's rich heritage.