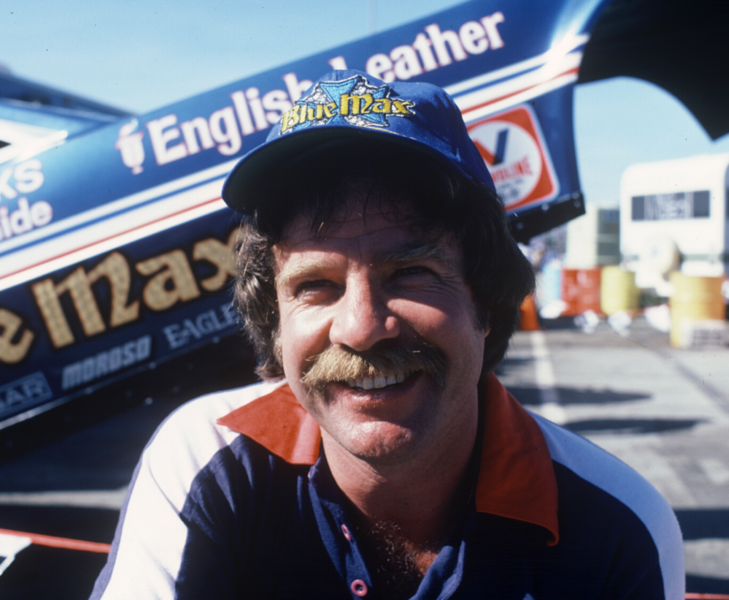 What constitutes a Hall of Famer? For some voters, winning is the only consideration. For others it’s the entirety of an individual’s involvement in motorsports. In truth there are esteemed and very deserving members of this Hall whose records of wins and losses were secondary to their overall accomplishments.  Raymond Beadle is that rare individual who was a lot more than a winner, he was part of an era of drag racing when showmanship was every bit as important as elapsed times and speeds – and he was one of the best.

But wait, there’s more!  While Beadle was conquering drag racing he was doing something more akin to men with names like Penske, Ganassi and Bernstein – he was expanding his motorsports interests into another arena – and doing it well.  This year’s Inductees include stock car legend Rusty Wallace, with whom Beadle won the NASCAR championship in 1989.  Are we suggesting Beadle is responsible for Wallace’s outstanding career?  Nope – but the fact that they won together can’t be ignored.

Beadle wasn’t the first driver or even the first owner of the car that would make his name, the Blue Max Funny Car, but despite successful stints in cars owned by others, it’s the Max that will be forever linked with the popular Texan.

In an era when paid-in match races packed tracks from Maine to California, and popular drivers might find themselves running 80 dates from June through September, the Blue Max had more opportunities than most. But, unlike some of his contemporaries, Beadle realized that appearances in NHRA-sanctioned major events would enhance his reputation if he performed well on the national stage, and brother, did he ever – and more. He won three straight championships from 1979 through ’81, but there’s still more to the story. It’s the actual transition Beadle made from being a hard-partying match racer into a hard-working, serious racer that would ultimately make him Hall of Fame-worthy.

With a twinkle in his eye, a ready grin on his face and his usually soft-spoken manner, Beadle had legions of fans.  Women loved him, kids flocked to him as if he was a super hero, and men admired him.  His entourage grew exponentially until one fateful day when, after the car was unloaded and his all-star crew began spinning the wrenches while visiting with the fans, Beadle laid down the
law.  In so many words he informed the mob that as much as he loved them, the team were there to race, and he’d appreciate it if they’d head to the grandstands and let ‘em get to it.  Some were offended, others actually wondered aloud why it had taken him so long to send them packing.  From that moment on Beadle became a winner.

Do we have stories?  You bet we have.  Do we have space?  Uh, no, so here are a few teasers: An Indy finale, with Beadle banging the throttle as a crewman holds the body up, pointing to an oil leak as Raymond insistently points to lower the body as a friend runs up and barehanded, tightens the leaking fitting.  At the Gatornationals, with Beadle flipping the car at half track, landing back on the
wheels, driving it to the finish line and then hopping out of the body-less machine, raising his arms triumphantly to the crowd.  Blowing the roof off the car at the Winternationals and grafting part of Kenny Bernstein’s spare body onto the remains for the next round.  It’s forming a super team with the late Tim Richmond in NASCAR and Sammy Swindell in the World of Outlaws – and so very much more.

Alas, no space-limited biography can possibly convey an individual’s Hall of Fame career, but one thing is clear: Raymond Beadle earned his place among these storied individuals.