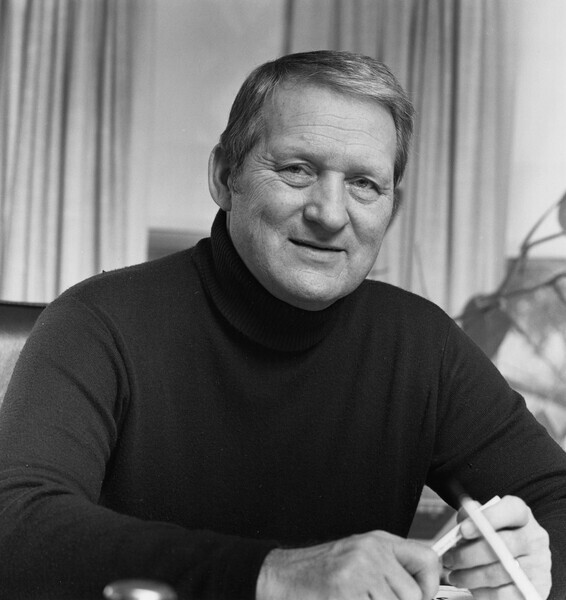 For three decades from the 1960s through the ‘80s John Bishop was the most influential man in American road racing. Bishop joined the SCCA in the ‘50s and became the club’s executive director as the ‘60s arrived. He was one of the prime movers in the creation of the United States Road Racing Championship, the Trans-Am and the Can-Am during one of motor racing’s most revolutionary and celebrated eras.

For a few fleeting years the Can-Am and Trans-Am boomed but there were constant squabbles over the rules and rule-bending as well as arguments within the SCCA about the club’s commitment to amateur rather than professional racing. In the end Bishop left the SCCA and in 1969 founded the International Motor Sports Association (IMSA) in partnership with NASCAR boss Bill France.  France financed IMSA and owned 75% of the stock with Bishop owning the remaining 25%.

Bishop started by promoting races for Formula Vee and International 100 (Formula Ford) cars before changing IMSA’s focus in 1971 to GT cars like the Porsche 911. Bishop also convinced Camel cigarettes to sponsor his new series and IMSA picked-up momentum in 1973 when the Sebring 12 Hours was revived after a year’s absence as an IMSA Camel GT race.

Through the ‘70s the Camel GT series grew by leaps and bounds and in 1981 Bishop took a bold step by introducing the GTP category for prototype sports cars. IMSA’s first GTP championship was won by Brian Redman driving a Lola T600-Chevrolet and the series rapidly escalated in the following years as Porsche introduced its 962.

The Porsche 962 became the car of choice for the many independent teams that formed IMSA’s core, and its success attracted factory teams from Jaguar, Nissan and finally Toyota. These manufacturers produced spectacular cars, but they were expensive to race and went against the grain of Bishop’s
philosophy of catering to independent teams.

Bishop had heart bypass surgery in 1987 and sold IMSA in 1989, retiring to his horse farm in Ocala, Florida. A soft-spoken gentleman, Bishop ran IMSA like a family with his wife Peg. They were a charming, humble couple, always available and open to listening to the thorny technical and procedural arguments that are part of the turf of running an automobile racing sanctioning body.  Bishop will go down in history as one of American racing’s greatest men and finest
gentlemen.

“John Bishop is a veritable Houdini of the American road-racing scene,” says Redman. “He was able to balance the demands of manufacturers, team owners and drivers in a never ending stream. John remained calm and polite at all times. “When IMSA introduced the new GTP rules in 1980, I was working for Carl Haas in Highland Park, IL and suggested to Carl that Lola could build a car to the new IMSA GTP rules, powered by a Chevy or Ford motor. Before going ahead with this project I called John and said, ‘John, if Lola build a car to your new rules, do you promise not to change them halfway through the season?’ John replied, ‘Brian, do you promise not to win every race?’  Both
sides kept their part of the bargain.

“No individual deserves the recognition of the Motorsports Hall of Fame of America more than John Bishop.” -Gordon Kirby