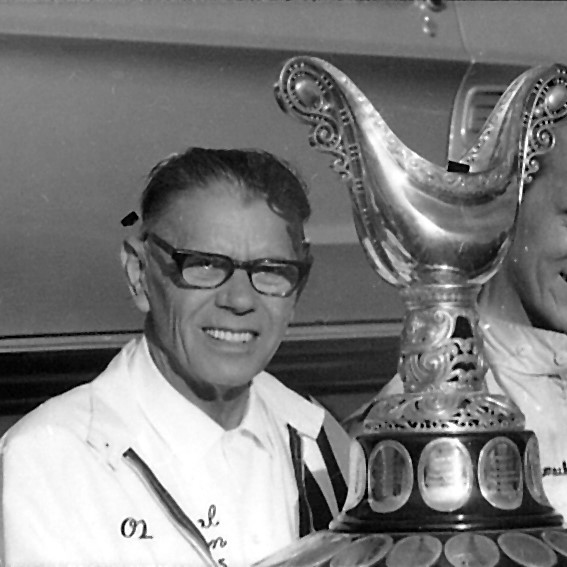 Ole Bardahl may have emigrated from Norway, but his story of success is purely American.  Arriving in Washington as a 20 year old with $32 in his pocket, Bardahl was a millionaire before his 39th birthday.  Along the way, he learned English by listening to street evangelists, took chemistry classes and bought a chemical company. It was then that his real talent was discovered: promotion.

Bardahl developed motor oil and additives with increased film strength, and to prove it conducted his legendary No-Oil Run.  During these tests, Bardahl engine treatment was added to an engine and run for only a few minutes.  Then the crankcase was drained and the vehicle was driven for 200 miles without overheating or causing internal engine damage.

Bardahl realized early on that the best method of testing his products in the toughest environment was in motorsports.  He sponsored stock cars, sports cars and cars in the Indianapolis 500 21 times, with drivers such as Bobby Unser, Dan Gurney, Johnny Rutherford, Chuck Stevenson and Christian Fittipaldi. He even sponsored a competition P-51 airplane.

“It was huge for us when we got the Bardahl sponsorship,” Unser said recently. “A lot of people in racing used Bardahl, and Ole was Bardahl. “The man would look at you and talk to you and you’d shake hands and that’s all you needed to do. His word was what he’d do. “I’d get little notes from him whenever we’d do good,” Unser added.  But of all his sponsorships, he is best known for his support of Unlimited Hydroplane racing teams.

Beginning in 1957, Bardahl sponsored a backyard-built hydroplane.  Within two years he had his own hull design powered by a Rolls-Royce Merlin engine. Bardahl’s team hit its stride during the 1964 and 1965 racing seasons when his “Miss Bardahl” experienced virtually no mechanical failures and won 8 of 16 races. It was in 1965 that Miss Bardahl averaged 117 miles per hour over a three-mile circuit, a record at the time.

Several prior Hall of Fame inductees were involved with Miss Bardahl over the years.  The most successful versions were built by 2003 inductee Ted Jones. In fact, 1993 inductee Ron Musson won three straight APBA Gold Cup national championships (1963-65) at the helm of Jones’ Miss Bardahls. Musson was killed in a race on the Potomac River the following year.

“Ole loved hydroplane racing,” said Ron Jones, Sr, son of 2003 inductee Ted Jones and constructor of several Bardahl hydroplanes. “He hired the best people. He was a very astute businessman who had business on his mind all the time. He treated his boats like it was part of his business, which it was.”

By the time Bardahl retired from hydroplane racing, his team had won more races than anyone in the history of powerboat racing, ultimately winning five Gold Cups, six National Championships and two World Championships.

Today the 75-year-old Bardahl company has distributorships in 90 countries.