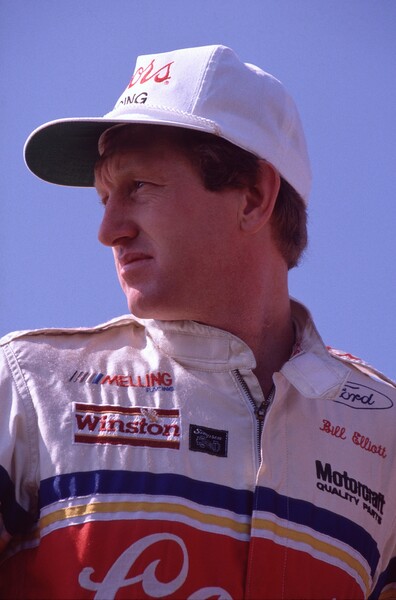 The year was 1985. It was to be the year that the entire racing world was introduced to Bill Elliott and Brothers Ernie and Dan.

And it was to be the year that Bill earned his now famous nicknames -- "Awesome Bill from Dawsonville" and "Million Dollar Bill."

It was the year that the Elliotts shocked the racing world with one of the greatest seasons in the history of auto racing as Bill won 11 races and 11 poles and the Winston Million.

R.J. Reynolds Tobacco Company, the series sponsor, had announced at the 1984 NASCAR Winston Cup Awards Banquet that if any driver won three of the four biggest races on the circuit -- the Daytona 500, the Winston 500, the World 600 and the Southern 500, he would win the Winston Million -- in other words, a million-dollar bonus.

It was the year that Bill was featured on the cover of Sports Illustrated, a very rare occurrence for any race driver of that era.

Bill came into the year with four victories to his credit including his first at Riverside (Calif.) International Raceway on Nov. 20, 1983.

After winning the pole position for the Daytona 500 with a stunning speed of 205.114 miles per hour, Elliott dominated the 500 as he led 136 of the 200 laps in scoring the win, the first leg of the Winston Million.

Even a rules change couldn't stop Bill from scoring one of the most dramatic comebacks in NASCAR history in the Winston 500 at Talladega. After winning the pole at a record 209.398 mph, Elliott had to make an unscheduled pit stop on lap 48 with smoke pouring from the rear of the car. After Ernie replaced the broken oil fitting, Bill returned to the track in 26th place, only 2.03 seconds from being lapped a second time.

He was now one win away from earning the Winston Million bonus.

Brake problems resulted in an 18th-place finish in the World 600. This meant he had to win the Southern 500 to claim the million dollars. And that he did after a brilliant duel with Cale Yarborough during the final 40 laps. Elliott beat Yarborough by only six-tenths of a second.

Bill backed up his sensational season with six races in 1987 and again in '88 when he captured the Winston Cup championship in a season-long duel with Rusty Wallace.

Elliott ended his decade-long association with car owner Harry Melling after the 1991 season to join Junior Johnson. Elliott won five races in '92, but fell 10 points short in his bid to capture a second championship. Alan Kulwicki's winning margin was the smallest in the history of NASCAR.

After three years with Johnson, Elliott began owner-driver in 1995. Bill was never able to visit victory lane during his six years as owner-driver. But he returned to his winning ways in 2001 after teaming up with Ray Evernham. Bill won four races for the Evernham team including the Brickyard 400 in 2002 to bring his career victory total to 44. He captured 55 poles during his 29 years of competing full-time.

He won the National Motorsports Press Association's Most Popular Driver Award a record 16 times before withdrawing his name from competition in 2003.

Bill is still racing on a part-time basis as the Hall of Fame driver spends most of his time enjoying life away from the race track.