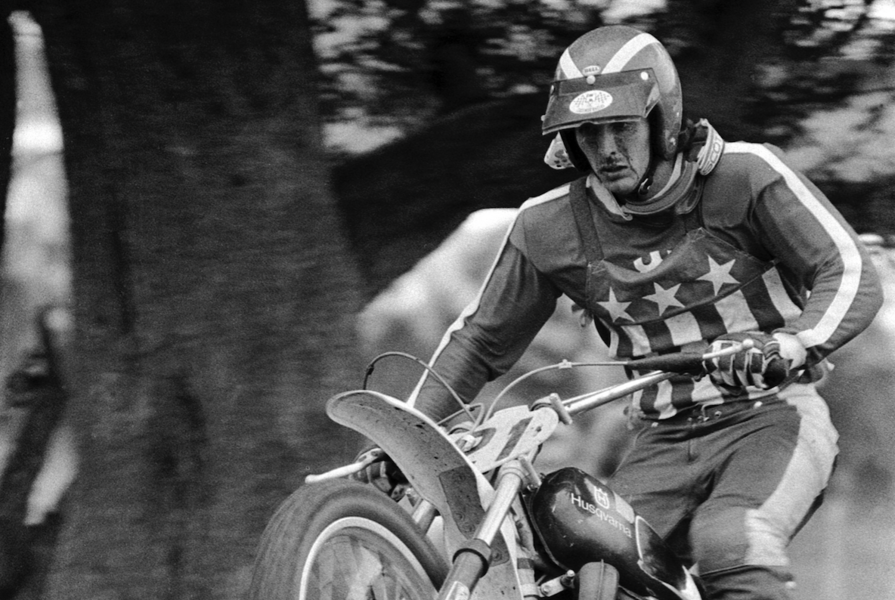 If any racer can be credited with ending European domination of motocross racing, it's Brad Lackey. The Northern Californian was the first American to win a motocross world championship, and put the United States on the map as serious contenders. "Bad Brad" also played an important role in helping develop motocross machinery throughout his 13-year professional career, including his world-championship-winning Suzuki.

Lackey was born in Berkeley in 1953. His dad was a motorcyclist and taught Brad to ride at an early age. He quickly blitzed through the amateur ranks. By 1970, he was often the top American finisher in Trans-AMA races. But Lackey had his eye fixed on a bigger stage – the FIM Motocross World Championship. At the time, it was unthinkable for an American to beat the Europeans, but Lackey was unfazed.

In 1971 a life-changing opportunity came when CZ sent him to train at a motocross camp in Czechoslovakia. Brad had already gathered that one of the reasons European riders were so successful was their training, and he was determined to be their equal.

In 1972 he was back in the States where he dominated the 500cc class in the newly formed AMA National Motocross Championship. At the end of the year, Kawasaki wanted him to remain Stateside to defend his title, but Lackey returned to Europe. With minimal support from Kawasaki, he had a tough year, and signed with Husqvarna for 1974. He was a member of the US Motocross des Nations team, which shocked the world by finishing second.

Each year Lackey inched closer to his goal. In 1977 he took his first World Motocross GP victory. The following year he finished second in the 500cc World Championship behind Heikki Mikkola, a feat he repeated in 1980. Two years later and riding for Suzuki, some thought his time had come and gone. But at the final event of the year, Brad found himself facing only two remaining obstacles: his Belgian teammate and championship rival – and a crowd so partisan it had literally knocked another rider off his bike to improve their hero's chances. So "Bad Brad" executed a daring plan to let his rival lead the race into the final laps, then passed him for the win before he or the stunned onlookers could react. To this day he remains the only American ever to win a 500cc World Motocross Championship. He retired from racing at the end of the season.

Looking back, the 1999 AMA Motorcycle Hall of Fame inductee has a lot to celebrate. He was a pioneer of motocross racing in the United States. He not only broke down barriers for American riders overseas, but he also helped develop motocross technology for manufacturers such as Kawasaki and Suzuki along the way. Today he owns an apparel company and still rides in vintage motocross events for fun.

"As long as you have a goal in life like I did for winning the world championship," says Lackey, "then everything else is easy."