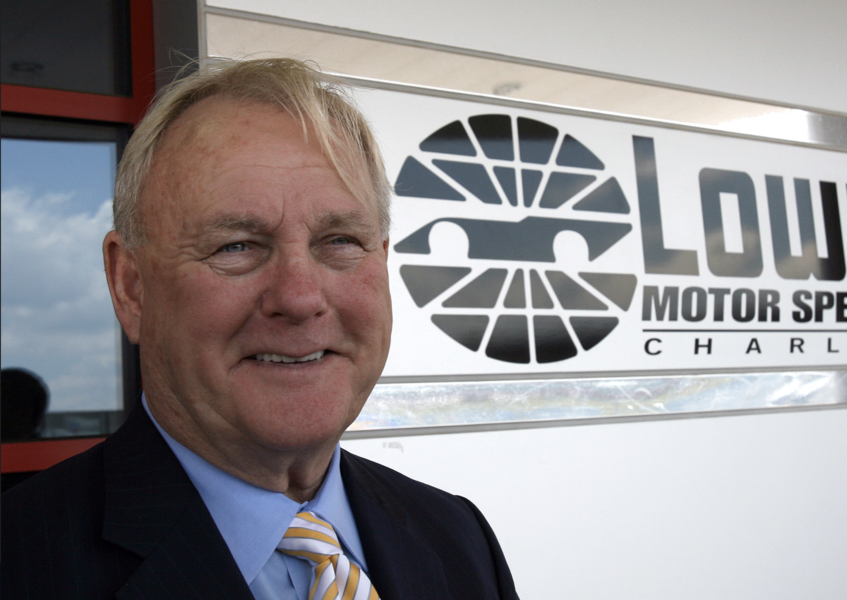 The country preacher was delivering a "hellfire and brimstone" sermon to his congregation on May 27, 1984 at a small church about two miles from the race track then known as Charlotte Motor Speedway.

"Lord," yelled the minister, "if everything I've said is true, please give us a sign!"

At this moment a loud explosion thundered over the area, creating such a concussion that the steeple shook and the windows rattled.

The story goes that the frightened flock spoke in tongues for two days.

However, the big boom wasn't heaven-sent.

It was triggered by artillerymen of the U.S. Army's 82nd Airborne Division from Ft. Bragg, N.C., reenacting the invasion of Grenada the previous October. The paratroopers had fired a howitzer as part of a pre-race show leading to the Coca-Cola 600.

Trace the incident to H.A. "Humpy" Wheeler, who for 33 years, starting in 1975, served as general manager and president at the track now known as Lowe's Motor Speedway.

During this tenure, Wheeler became widely known as the premier promoter in NASCAR.

"His imagination reaches to infinity," an associate of Humpy's once said. "I've heard people say they came to Charlotte almost as much to see what wild thing Humpy would do next as they did to see the races."

Among the most memorable of Humpy's promotions:

--"Jimmy, The Flying Greek," who jumped a school bus over a long row of junked cars.

--Taxi drivers from New York, who raced around a quarter-mile track near the big speedway's start/finish line.

--A three-ring circus, complete with trapeze artists, clowns, tigers and elephants. NASCAR nixed the elephants for fear one might go beserk and damage the race cars lined up on pit road. But Humpy prevailed and the pachyderms performed.

Wheeler grew up in Gaston County, N.C., the son of Howard Wheeler, Sr., the athletic director at Belmont Abbey College. Humpy received a football grant to the University of South Carolina as a guard and played for the Gamecocks until a back injury sidelined him.

He had long been interested in racing and took a turn at driving on short tracks in the Carolinas. Humpy then decided promoting was his niche, and he did this quite successfully in the Greater Charlotte area, introducing such characters—and drawing cards--as "Jungle Boy Lane," supposedly a "wild man" driver.

Lane actually was a boyhood friend of Humpy's, and wasn't wild at all.

"He got the nickname 'Jungle Boy' because, after attending Tarzan movies as a kid, he'd put on something resembling a loin cloth and run through the woods screaming like Johnny Weissmuller," Humpy said with a chuckle.

During the late 1960s and early '70s Wheeler worked as director of Firestone's motorsports program.

He is credited with proving that superspeedways, tracks of a mile or more in length, could be illuminated for nighttime racing. He achieved this in 1992 as a means of keeping NASCAR's all-star race at Charlotte.

Wheeler proved especially popular with competitors because he dramatically increased purses and strongly advocated safety measures, such as the "soft barrier."

Humpy and his wife of 47 years, Pat, reside on the shore of Mountain Island Lake, just north of Charlotte, where he continues a passion for fishing. They're the parents of three and grandparents of four.