From Green to Checkered, Newest Motorsports Hall of Fame of America Exhibit Chronicles the Colorful History of the Flags of Racing 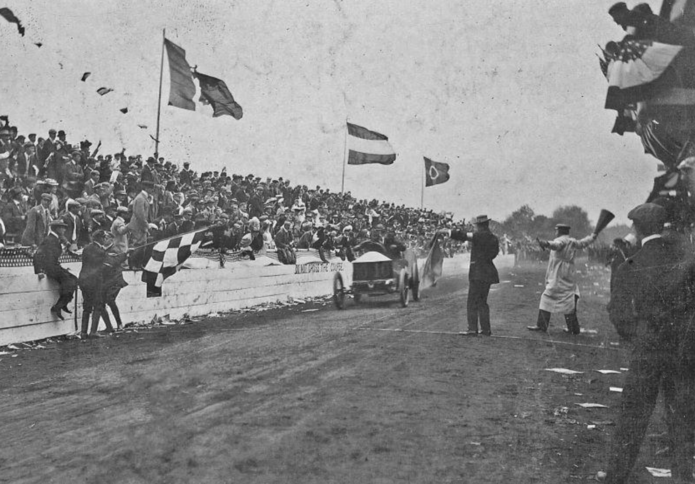 — For well over a century, they have been the high-flying signals that have both started and finished hundreds of thousands of races around the world. Their very appearance in motorsports competitions has both sealed legend-making victories and shattered the winning dreams of others. And perhaps their most important but less heralded contribution has been literally "throwing caution" to competitors to keep them safe and clear from on-course incidents throughout their careers.

They are the high-flying Flags of Racing which are the colorful subjects of the newest exhibit at the Motorsports Hall of Fame of America (MSHFA), which is located on the grounds of Daytona International Speedway (DIS).

It was clear from motorsports' earliest days that race control needed a means to communicate quickly with drivers. Flags of different colors were adopted to the task and many of the flagmen that waved them were so vital they were among racing's first non-driver celebrities.

A standardized flag set still in use today was pressed into service early in the sport’s history. But it evolved over time. Today, a green flag starts the race. Red halts it. White means last lap. Yellow, caution. Black orders a driver off-track. A striped, blue flag says yield to faster cars. The checkered flag — of course — remains the universal sign for victory. 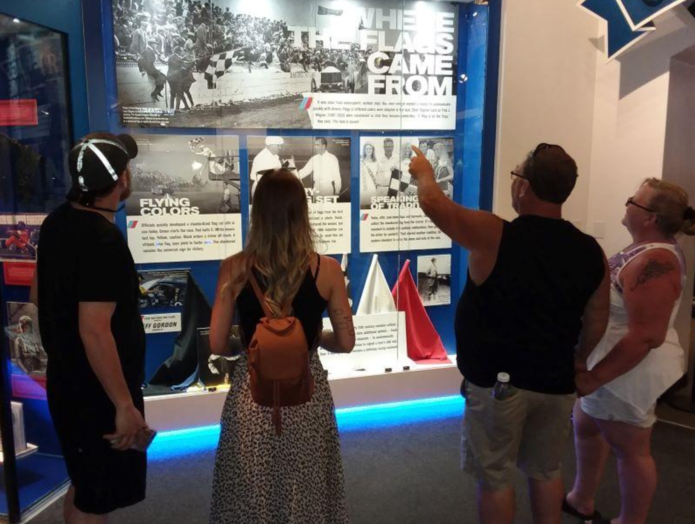 The 1906 Vanderbilt Cup (pictured at top) is believed to be the first auto race at which a checkered flag was used to signify the winner and the race’s end. It has retained that role ever since. Other flags went through several permutations before arriving at their current meaning. At 1911’s Fifth Annual Race Meet at the Syracuse, New York State Fairgrounds, the official program explains that the red flag means “Clear Course.” White means “Stop for Consultation.” Yellow: “Stop Instantly.” Blue: “Accident on Course. Caution.” Even the green flag meant something different: “One More Lap to Go.”

"We are extremely grateful to Floridian Jeff Gordon for the donation of these historic flags to the Motorsports Hall of Fame of America,” said MSHFA President

George Levy. “Jeff is not the 4-time NASCAR champion but a longtime professional car owner and driver and great friend of the Hall of Fame."

The flags themselves — particularly the race-ending checkered flag — have become so universally recognized that their awareness and understanding has transcended motorsports into mainstream cultures around the world. Everything, from checkered-flag style shoes and other fashion items to tablecloths, dishes, glasses and mugs, party ware and decorations and even pet supplies, is available in the famous black-and-white checkered pattern that has been used in racing for nearly 120 years. 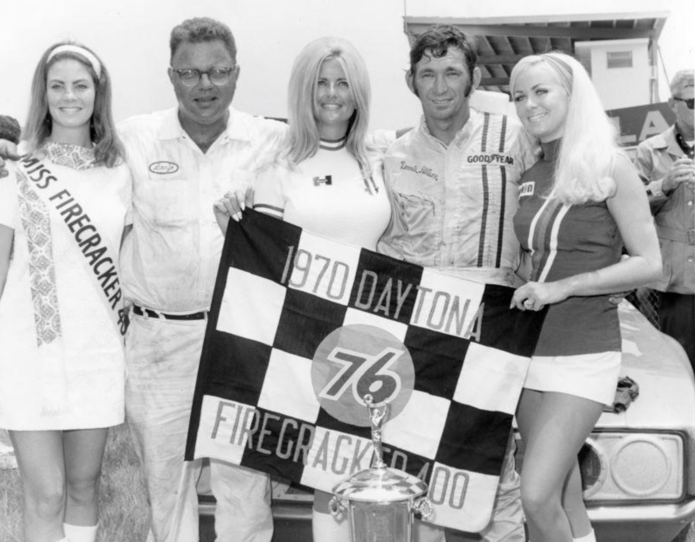 While modern computer and other technology systems — such as track-lights, in-car signals, radio channels and track embedded "timing lines" — have become a major part of race operations in the 21st Century, the need for traditional racing flags remains as popular as ever in communicating with drivers.

The waving checkered flag remains a memorable and defining moment of every race and winning drivers collect them as keepsakes of their greatest victories. A trio of Hall of Famers centered in the above picture — Banjo Matthews (MSHFA Class of 2022), Linda Vaughn (MSHFA Class of 2019) and Donnie Allison (MSHFA Class of 2011) — displayed the checkered flag in victory lane with the trophy after Allison drove the Matthews-built and owned Sunny King Ford No. 27 Ford Torino to victory in the 1970 Firecracker 400 at DIS.

Among the treasures in the new MSHFA exhibit is a set of flags believed to have been used in the first Daytona 500 in 1959. The race featured a famous photo finish that initially gave the win to Johnny Beauchamp, but newsreel footage reviewed days later revealed that Lee Petty (MSHFA Class of 1996) actually crossed the finish line first and was awarded the victory. Father and son flagmen Johnny Bruner Sr. and Johnny Bruner Jr. (pictured below) used the set on display, which was made by Sr.’s wife, Mary Bruner. 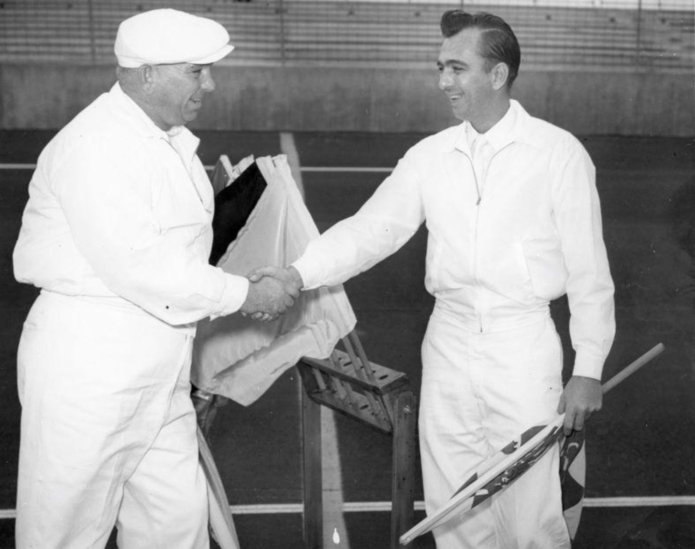 About the Motorsports Hall of Fame of America:

The MSHFA is the only hall that honors all American motorsports: cars, motorcycles, airplanes, off road and powerboats. Its mission is to celebrate and instill the American motorsports values of leadership, creativity, originality, teamwork and spirit of competition. Founded by Larry G. Ciancio and Ronald A. Watson, it held its first induction in 1989. Watson spent the next 30 years tirelessly building it into the nation’s premier such hall until his passing in 2019. The original museum in Novi, Mich., relocated to Daytona Beach, Fla., in 2016 and greets more than 100,000 guests a year. MSHFA is operated by the nonprofit Motorsports Museum and Hall of Fame of America Foundation, Inc.