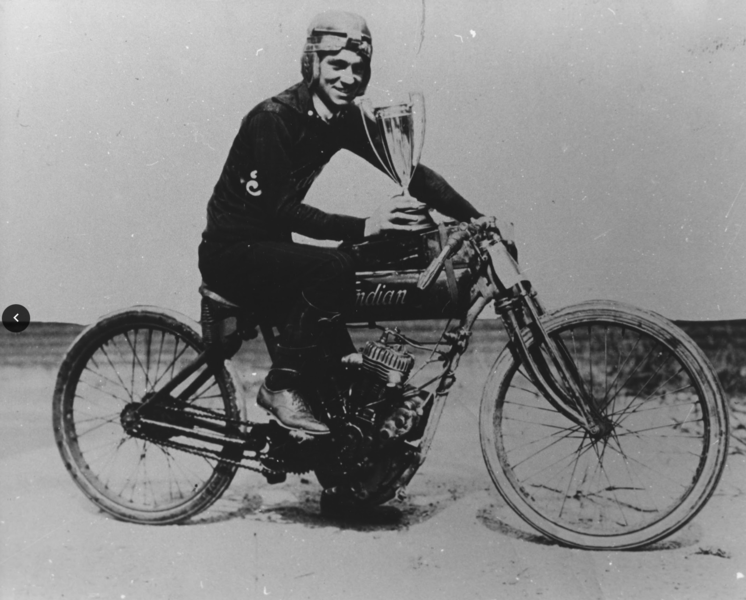 One of the premier motorcycle racers of the 1920s, Davis competed with great success on both dirt tracks and the fast board speedways of the day, racing for both Harley-Davidson and Indian.  One of his most notable victories came at the Dodge City, KS, dirt track in 1920.  The distance was a grueling 300-miles and Davis won at the amazing average speed of 81.50 mph.  Truly a National rider, Davis won races from California to New Hampshire, and even rode a winter season in Australia.  In July 1924, he won the first event ever sanctioned by the AMA, at Toledo, setting new National Championship records for 10 and 25 miles.  In 1926, Davis won the 20-mile National for 750cc motors over the 1 1/4-mile board track at Rockingham, NH, and later returned to win the 25-mile National for 45-cubic-inch machines, breaking both the 45 CID and 61 CID records with his 45 CID bike. Davis retired but continued to serve as a race official. At the time this bio is being prepared, he is still living, age 100, and very active.